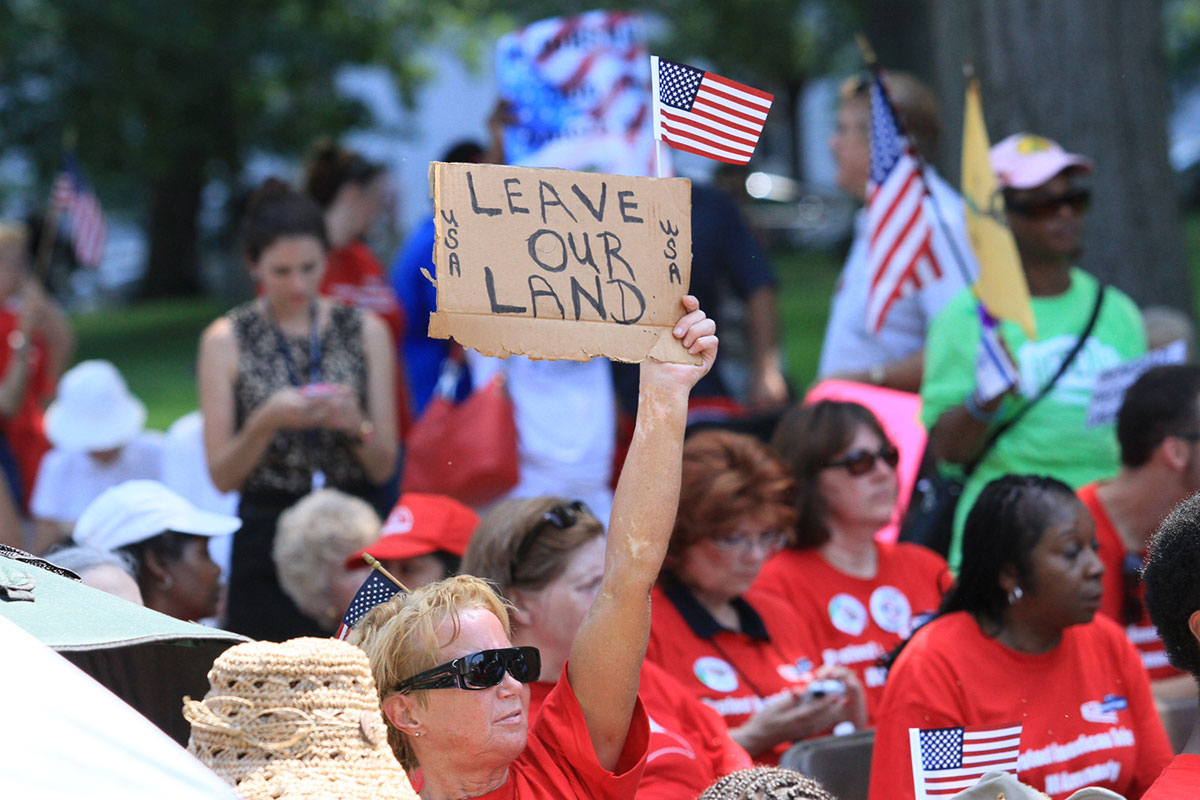 WASHINGTON – With the U.S. Senate-passed immigration bill facing political limbo in the U.S. House of Representatives, conservative factions are voicing their opposition loudly here before any compromise can be reached.

They carried homemade anti-immigration reform signs demanding “No Amnesty”, “American Jobs are for Americans”, “Close our Borders” and simply, “Deport.”

“All Democrats and all Independents in the Senate believe that there ought to be Amnesty, a handful of Republicans believe that also,” U.S. Representative Steve King a Republican from Iowa told them. “Whatever our heart says about people that want to be Americans but sought about doing it the illegal way, we can’t give them that legal status without sacrificing the rule of law.”

Braving the scorching heat, close to 1000 demonstrators led by King marched along Pennsylvania Ave. toward Capitol Hill’s upper Senate Park chanting slogans like “Kill the Bill” (referring to the Senate immigration bill 744) and “Hey, hey, ho, ho, the Gang of Eight must go.” The drafters of the bill are known as the Gang of Eight.

“This is what America looks like,” said King to a marcher, as he made his way toward the Capitol. “This is who America was built by.”

Brad Botwin, director of the group Help Save Maryland said his organization and its supporters have a broader mission today. “To educate those out of touch politicians in Congress… leaders who from time to time forget that they do not work for big business, they do not work for unions and they certainly don’t work for the illegal alien support groups.”

Help Save Maryland is a non-profit group whose mission statement includes the following goals: No drivers licenses, in-state tuition, voting privileges or access to state and local government services for illegal aliens and making English the official language of Maryland.

King, who many consider to be one of the most boisterous opponents of immigration reform, stirred up controversy with the remarks he made during an interview with the conservative website Newsmax…