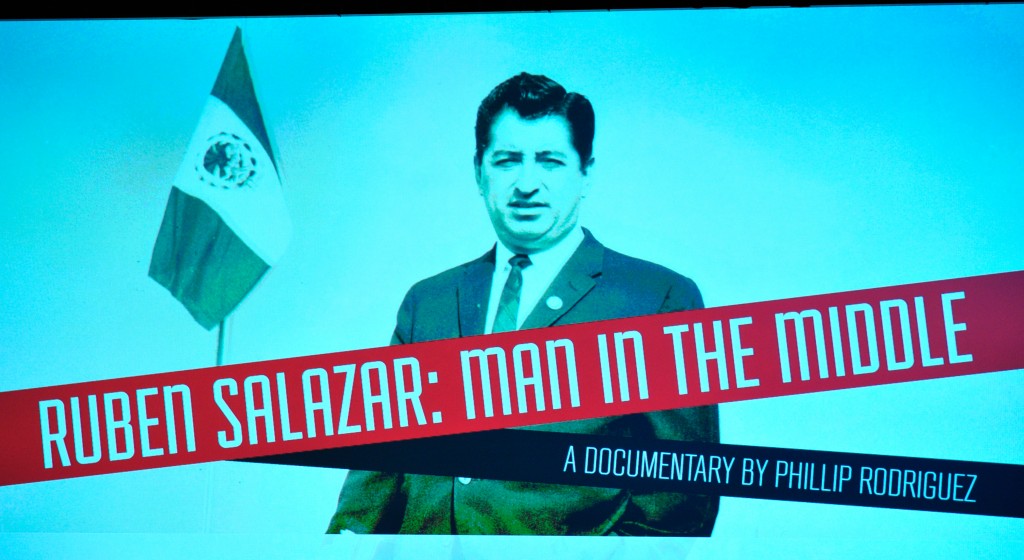 Editor’s note: A Wikipedia entry describes Ruben Salazar as:… a Mexican-American journalist killed by a Los Angeles County Sheriff’s deputy during the National Chicano Moratorium March against the Vietnam War on August 29, 1970 in East Los Angeles, California. During the 1970s, his killing was often cited as a symbol of unjust treatment of Chicanos by law enforcement. Working as a reporter for the Los Angeles Times, Salazar was the first Mexican-American journalist from mainstream media to cover the Chicano community.

In honor of his trailblazing journalism and controversial death, a documentary titled Rubén Salazar: Man in the Middle debuts this month. The following piece was penned by Salazar’s wife, Sally, who wrote this column for Hispanic Link on the tenth anniversary of her husband’s death in 1980.

Everyone knew that the day would be one of extreme tension. Emotions were building about U.S. involvement in the war in Southeast Asia. These were placed on top of growing antagonism in the Mexican American community against the educational system and the police.

The parade in East Los Angeles that final Saturday in August 10 years ago was a Chicano expression of protest against the war. The “moratorium march” of Aug. 29, 1970, was staged more than 30 miles from our suburban Orange County home in Santa Ana.

At the time, my husband Rubén was news director of KMEX, Los Angeles’ Spanish-language TV station. He had assigned a crew to cover the event. He didn’t have to go. He didn’t really want to. He dragged his feet all morning. I probably could have talked him into staying home.

Rubén had changed in those last few weeks. Whenever he left the house, he made a special point of telling me exactly where he was going to be – something he’d never done before. He started coming home straight from work every evening. That week he had taken all the pictures off his walls at the office. He cleaned out his wallet.

When a reporter who worked with him at KMEX borrowed some other pictures — pictures Rubén had brought back from Vietnam — Rubén tossed him his book of news-contact phone numbers. Rubén told him: “I’ll get it from you Monday. If I don’t come back, it’s yours.”

Only days before that, an old Associated Press friend was over for dinner and Rubén was talking about his job and his new involvement in the Mexican-American community.

For whatever reasons newspeople have for doing those things, Rubén went to the parade that Saturday.