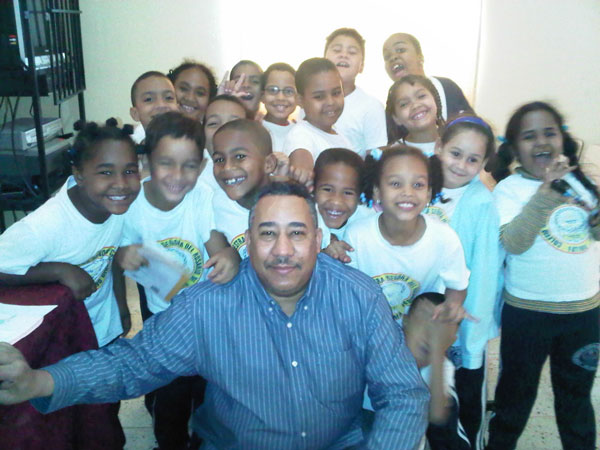 The Central University of the East, as part of its 44th Anniversary proclaims the winner of its UCE Literature Prize of 2014, in the genre of Poetry is the writer César Sánchez Beras, with his work “Recorded on metal, bolero for three different women.” César Sánchez Beras participated under the pseudonym Tinma.

Michael Phipps, speaking on behalf of the upper house of study, said the jury decision was made by poets and the National Literature Awards, Tony Raful, Andres L. Mateo and Matthew Morrison.

He also announced that the award will be presented on this 13th of November 2014 in the auditorium of the Central University of the East, UCE.

Recently the author was awarded other no less important awards such as, Letters Overseas 2013 Award with the book “The blue frog and the sound mystery”, the First For Our Country Award with the book “My child asks for a story” and also, his book “The dream of a great sailor,” was chosen as the winning manuscript by the Dominican Cultural Editions Commission in NY, to be published in the category of best children’s book.

César Sánchez Beras, who lives in Massachusetts, teaches at Lawrence High School and has a large presence in the schools and colleges of the Dominican Republic, for his cultural activism, readings and conversations with students of basic and middle levels of the school population.

Featured Photo: César Sánchez Beras poses with some of the children he works with in the Dominican Republic.

Archeologists uncover stone with 13 corners in Inca ruins
Comment
Urban Farmist: How one Latina's dream of recycling is turning a scary tale into a happy ending