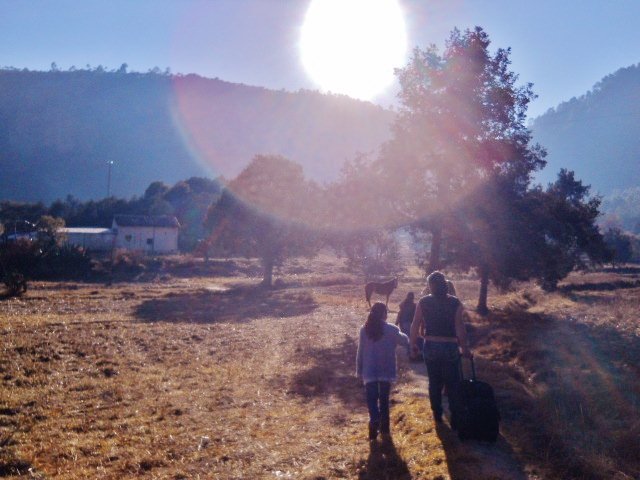 Some members of the East Tennessee Hispanic community face an everyday issue: not being able to see their families.

Whether these families are immediate or extended, each person dealing with the issue has his or her own way of coping.

Cuba, a 21-year-old factory worker from Morristown, Tenn., lives his day just as any other 21-year-old in Morristown does. He hangs out with friends, works and spends time on hobbies like fixing up his car. What sets Cuba apart is that most of his family is across the border in Mexico. Cuba has asked to leave his last name off the record.

“My aunt posted a picture on Facebook the other day of the whole family except us and it made me feel sad,” he said. “I really missed everybody and getting to hang out and see them every day.”

Two professors have decided to address this issue as much as they could with members of the Hispanic community in the Tri-Cities area.

Dr. Ardis Nelson and Dr. Sharon Loury of East Tennessee State University (left) offered their assistance in 2011 to four families in a situation similar to Cuba’s. In this project, Nelson and graduate student Raquel Fratta traveled to Mexico with cameras to visit four families of migrants in four rural cities: Morelos, Malinaclo, Iguala and Ometepec. Scrapbooks containing pictures of the migrants in Tennessee were mailed to the families in advance, and most arrived before the visit, Nelson said.

The goal of this project was to bring together families that had not seen each other for more than six years. Many of the families in the project had relatives they had never even met. Babies, cousins, aunts and uncles made their way back into these families’ lives.

“The project was quite an adventure,” said Nelson, who teaches Spanish.