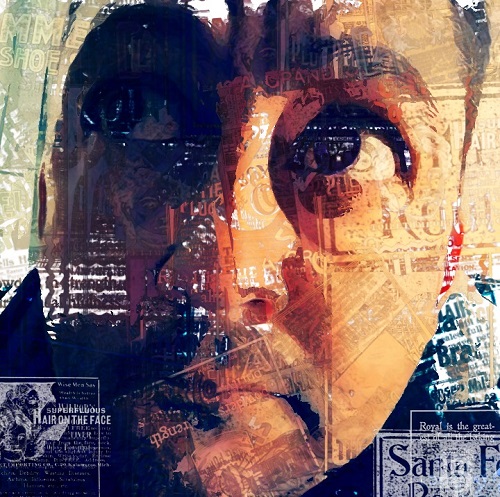 Edward Santos is a Latino American warrior, having served two tours in Afghanistan with the U.S. Army Infantry. But he did not return home unscathed. He arrived as a wounded warrior. Injured during each tour, his body is broken and bruised. He has had surgery for a hernia and an ankle injury, has ligament tears in both knees and a degenerative herniated disc and pinched nerve in his back. In addition, he endured a traumatic brain injury from a fall and suffers from PTSD. He has trouble walking and standing. He struggles with debilitating headaches and has lapses in memory.

Art therapy at the V.A. Hospital in Newington started the disabled vet on his long road to recovery. Always interested in drawing, he signed up for classes in oil painting. Soon, his talent was discovered and his paintings began to be accepted in juried shows in art galleries. Networking at these shows, he met professional photographers. Slowly, photography became his new passion.

Today, Santos spends a lot of time outdoors, taking photos of anything and everything that catches his eye. “It’s better for me not to be home, stuck indoors,” Santos notes, explaining after years of being in the Afghani desert, he craved water. He now lives just blocks away from the beach in Misquamicut, Rhode Island.

Santos’ photos have a unique look. At first glance, they appear to be oil paintings or drawings. Santos explains his style is “iPhoneography”–mobile photography through the use of an iPhone. All of his pictures are shot and edited on his iPhone 6 Plus. He uses different photography apps to create a certain look, such as “Distressed FX,” which makes the photo appear like an oil painting. He sends his photos to a photographic printing company in California that produces his images on glass, metal or canvas.

The son of Puerto Rican immigrants, Santos was…