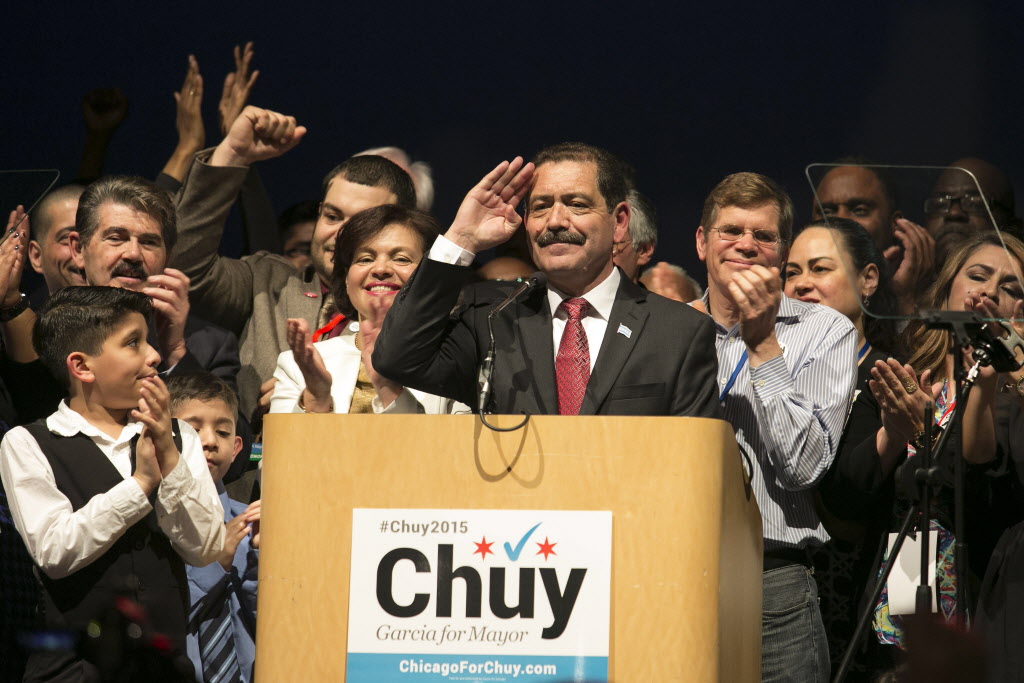 CHICAGO — Mayor Rahm Emanuel was at the 95th St. Redline stop on Wednesday. He was thanking voters for allowing him to serve a second term after an unprecedented runoff election.

“Chicago, I hear you,” said Emanuel during his victory speech at the Plumbers Local 130 union hall on Tuesday. “I understand the challenges we face will require me to approach them in a different way…The only way to beat these challenges is to bridge the gaps between the things that divided us, and start focusing on the things that unite us and bring us together.”

The mayor’s win came after six weeks of a second round of campaigning against Cook County Commissioner Jesus “Chuy” Garcia, who was supported by the Chicago Teacher’s Union, progressives and others who were unhappy with Emanuel’s first term as mayor. One of the chief criticisms of Emanuel during both the general and runoff elections is that he’s focused too much of the city’s resources on initiatives aimed at helping the Loop and the wealthy at expense of the city’s neighborhoods.

Garcia kicked off his petition drive in late October — and less than a month later filed more than 63,000 signatures to win a slot on the ballot. Volunteers pushed Garcia’s long history of progressive activism and his commitment to accountability and equity in government — and for the first time in the 30-year history of non-partisan mayoral races, forced an incumbent mayor into a run-off.

Yet Emanuel’s financial edge, he was able to raise $23.6 million compared to Garcia’s $6 million, helped the mayor win a runoff that was receiving national attention. The mayor was able to run over 2,000 ads on Chicago TV stations during the runoff, double what Garcia was able to afford. Another asset were incumbent aldermen in support of Emanuel who, because they no longer had to worry about their own races, mobilized their political organizations to get out the vote for the mayor.

“With today’s election result, it is clear that the people of Chicago support his focus on middle class economics and the direction he is taking the city,” said Schultz.

Once on stage Emanuel thanked his wife Amy Rule, city staff, his supporters and even his opponent.

“I want to congratulate Chuy Garcia, for running an excellent race. He’s clearly a good man, who loves the city of Chicago, and clearly loves his family,” said Emanuel. “I want everyone to hear this loud and clear across this great country. You just saw an election between both the grandson of an immigrant and an immigrant.”

Meanwhile the Reverend Jesse Jackson was in attendance at Garcia’s event. He was shaking hands and speaking to Chuy supporters along with newly elected 35th Ward Alderman Carlos Rosa at the UIC Forum at 725 W. Roosevelt Rd.

The party atmosphere at Garcia’s event came to a stop when it was announced over the loudspeakers Garcia conceded the race with 72 percent of the ballots counted because Emanuel was in the lead with 55 percent of the vote.

A resounding shout of “No” arose in chorus among the supporters with some people booing Emanuel’s name. As the disappointment settled into the crowd, and families gathered their coats for their children, a resounding “Chuy” chant began but quickly quieted…