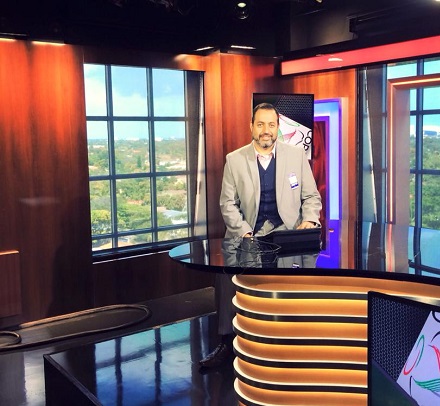 Regardless of income, ethnicity or skin color, sports fans speak a universal language. So says Hugo Balta, senior director of multicultural content at ESPN. The wide world of sports is a unifying force, and Balta sees it as his mission to involve a growing, multicultural audience for the global sports network.

Working at the “worldwide leader in sports” is the perfect marriage of Balta’s professional and personal interests: developing and producing news and sports-related content and educating and informing an increasingly diverse audience.

The West Hartford resident is a first-generation Peruvian-American (his parents hail from Lima). Balta explains that American Hispanic sports lovers “want to be included in the conversation.” In addition to watching Hispanic athletes, they want to see Hispanic “talent”–anchors, editors, reporters and bloggers.

ESPN has two platforms–English and Spanish, Balta notes. In addition to ESPN, there is ESPN Deportes, a digital cable and satellite TV network that provides Spanish language simulcasts. It became a 24-hour sports channel in January 2004.

Although many U.S. Hispanic sports fans love soccer and baseball–popular sports in their native Latino countries–second and third generation Latinos focus more on favored American sports such as football and basketball. The NBA “skews very high,” says Balta, with viewers following what he calls “marquee” basketball players such as American favorites LeBron James or Kobe Bryant.

Balta’s goal is increased inclusiveness of diverse audiences, beyond the growing Hispanic population in the U.S., he explains. He points with pride to his role in having launched “One Nacion,” a bilingual television special that airs on both ESPN and ESPN Deportes.

“One Nacion” has been the ESPN banner celebrating National Hispanic Heritage Month from September-October. Recently, this effort expanded digitally to 52 weeks a year with the “One Nacion” web page–“one-stop shopping” for content in English and Spanish from ESPN and ESPN Deportes. (Visit the site at http://espn.go.com/espn/onenacion).

According to the website, “One Nacion’s” mission is “to tell the stories of Latinos and sports from a unique lens in original content relevant to the bilingual/bi-cultural sports fan.”

Balta’s resume reflects not only a lengthy career in the media, but also his passion for promoting inclusion and diversity in the workforce.
After graduating from…

featured
Previous Post Anglo bilingual rapper unites his passions for music and bilingualism in Bilingual Nation U.S.A.
Next PostWebinar series strives to show Latinas how to "step into their political power"

Anglo bilingual rapper unites his passions for music and bilingualism in Bilingual Nation U.S.A.
Comment
Webinar series strives to show Latinas how to "step into their political power"