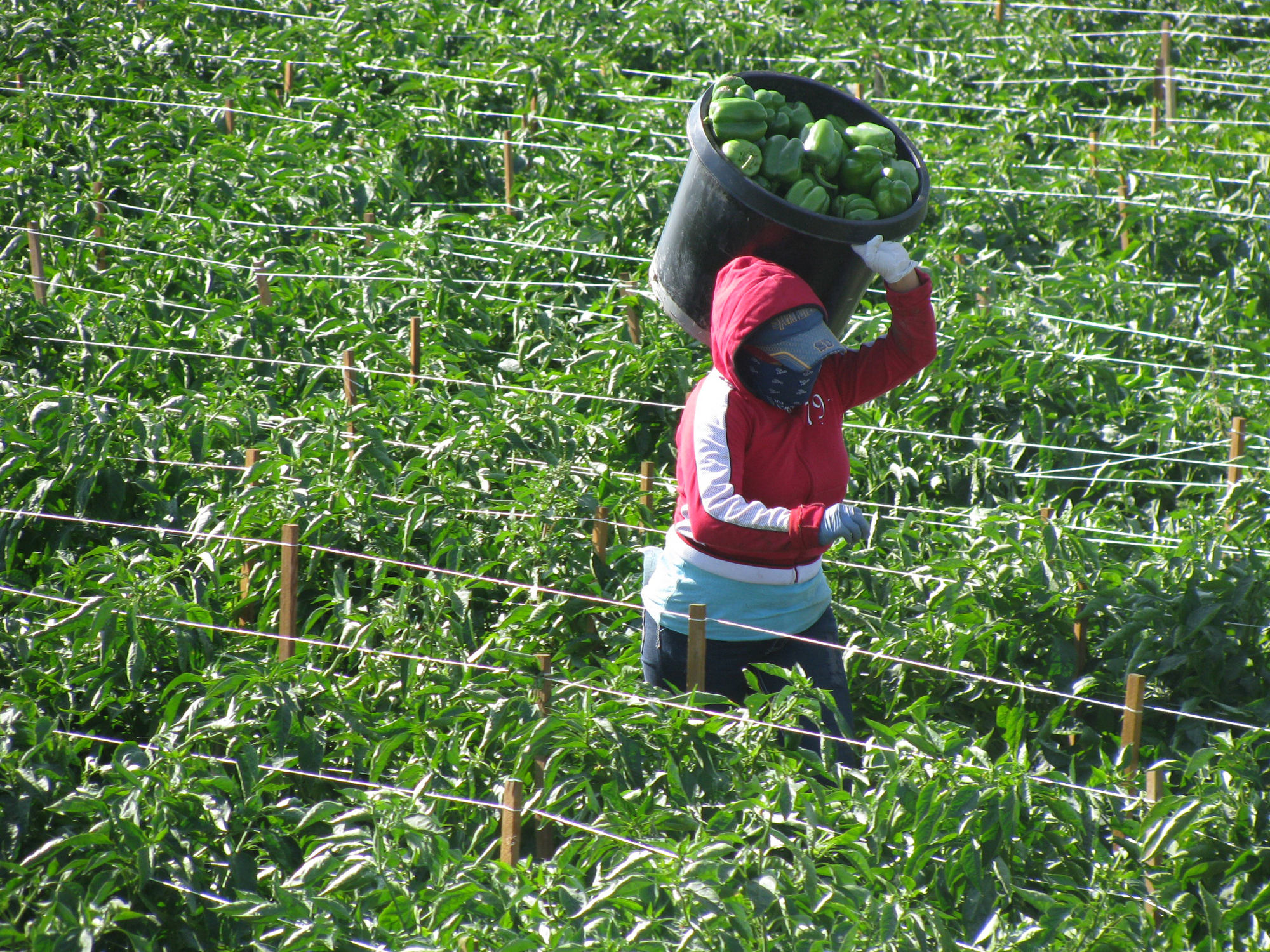 WASHINGTON – Francisco Duarte stood in the Arizona sun with little shade or water for hours, waiting to go pick lemons. But he never complained.

That’s because the guest worker from San Luis, Mexico, was afraid that if he did he would be replaced by an undocumented worker willing to work longer hours for lower pay, said Adrienne DerVartanian.

DerVartanian, the director of immigration and labor rights for Farmworker Justice, said Duarte is among the hundreds of thousands of farm workers silenced by a “fundamentally flawed” H-2A visa program that pits U.S. citizens, guest workers and undocumented laborers against one another.

“They will work the limits of human endurance in order to please their employer and keep their jobs,” she said.

It is one reason that advocates are pinning their hopes on the Senate’s comprehensive immigration reform bill, which would do away with H-2A in favor of more flexible farmworker visas and a path to citizenship for farmworkers who have been here illegally.

In a rare instance of agreement, those provisions in the 844-page bill have also drawn the support of farm organizations, who say the current visa system is “overly bureaucratic,” leaving them little choice but to hire undocumented workers for jobs most U.S. citizens refuse to do.

“It (H-2A) is a very restrictive program,” said Kristi Boswell, the American Farm Bureau’s director of congressional relations. “We’ve lost confidence that the program can even be reformed to meet agricultural needs.”

The bill would create a new nonimmigrant agricultural visa program that would let workers cross the border in search of work, and stay for up to 60 days after one job is over instead of having to go directly home.

It also creates a “blue card” program, a way for the current agricultural workforce to gain legal residency and, ultimately, the option of citizenship. Between 50 and 75 percent of agricultural workers may be here illegally, by some estimates.

The bill was introduced in April and has already had several Senate hearings. Sen. Patrick Leahy, D-Vt., and chairman of the Senate Judiciary Committee, has said he expects committee votes later this month.

The agricultural language in the bill has been touted as a “bipartisan compromise” in which all parties were involved in its creation – even though neither side is thrilled with the areas they conceded.

Farmworker advocates worry about a proposal to stop requiring housing for guest workers within 50 miles of the border, for example. They fear it will lead workers looking for jobs in the U.S. to crowd towns on the Mexican side of the border, where there is not adequate housing or community services to accommodate a mass migration.

United Farm Workers President Arturo Rodriguez worries that overcrowding, and the lower wage rate allowed for in the bill, will create a climate for gangs and drug cartels to thrive.

For their part, farmers worry that their concession to cap the number of visas at 112,333 each year will leave them in the same situation of being unable to hire enough people to harvest all the crops.

Still, both sides say the current system is so bad that even a compromise is an improvement.

But Roy Beck, CEO of Numbers USA, said he sees the bill as an open door for an increasing immigrant population.

“This bill would open them up to constantly having to recruit new workers,” Beck said. “This bill isn’t going to answer their problems.”

But worker advocates say the current program is rife with abuses and farmers say there are not enough legal agricultural workers. That creates a paradox where workers face dehydration and heat stroke because they are too scared to take breaks or complain, and where crops wither and die in the fields during peak harvest because employers are too scared to hire undocumented workers.

Rodriguez said that the current H-2A system could have been reformed, but that the program proposed in the Senate bill is a “very good piece of legislation.”

“It does create a better situation for the agriculture industry as a whole,” he said.

Wendy Fink-Weber, senior director of communications for the Western Growers Association, agreed with Rodriguez. She said that regardless of what each party had to give up, it is time for the decades-old guest-worker program to be reformed.

“It’s not every day that the United Farm Workers and the growers sit down and come to an agreement on anything,” she said. “Anybody who eats should have an interest in this bill.”

Visa shuffle
An immigration reform bill now being considered in the Senate would replace the current H-2A farmworker visa program with a Nonimmigrant Agricultural Visa and “blue card” program.
H2A:
– Allows workers to stay in the U.S. for up to three years, if specified in an employer contract; visa expires when contract ends, and workers have to go home for at least three months before returning with another contract.
– Housing is provided to all H-2A employees.
– Wage is set at $9.73 per hour for 2013 in Arizona.
– No cap on recruitment, but employers say it is costly, time-consuming and unreliable; worker advocates say it is costly for workers and leads to corruption when dealing with recruiters.

Nonimmigrant Agricultural Visa
– Would let workers keep their visa for up to 60 days after a contract ends to look for other work; “portable” visas would let a guest worker enter the country in search of “at-will” work, and stay for up to 60 days between jobs.
– Housing or a housing allowance would be provided to contract employees, except within 50 miles of the border.
– Wages would be set at the higher of the established wage per job category or the state or federal minimum wage. Designated wage for crop workers, the majority of guest workers, starts at $9.64.
– Recruitment would be capped at 112,333 workers per year for the first five years.

Blue card:
– Guest workers who can show they paid taxes and have lived in the U.S. in good standing can apply for legal permanent residency after paying a $100 fine. After a period of legal residency, the worker could pay a $400 fine and apply for citizenship. Workers’ immediate family members could also apply.