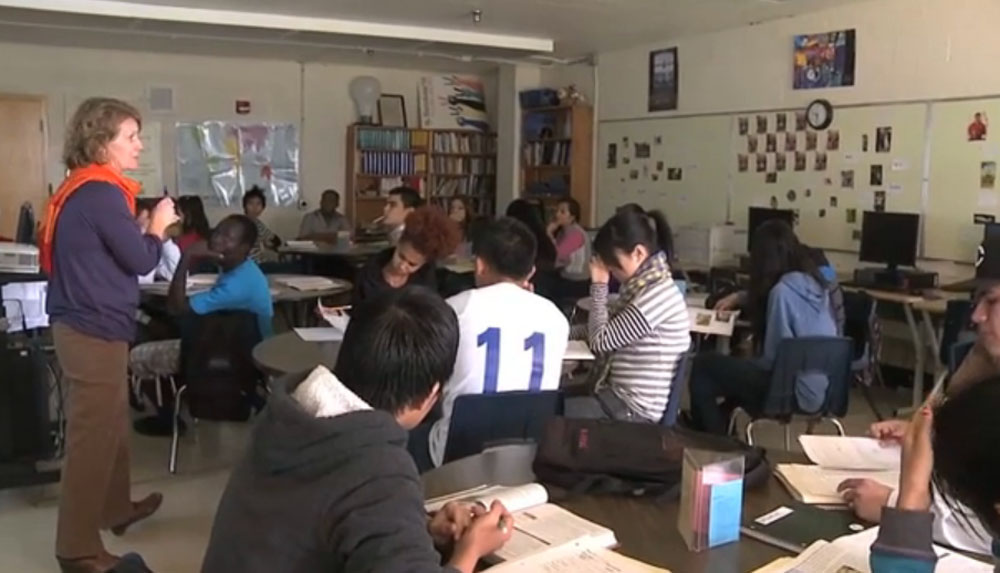 A three-judge panel of the 9th U.S. Circuit Court of Appeals said the state’s program – which involves separating non-English speakers for four hours of English instruction every school day – is an “appropriate action” to achieve the goals of the federal act.

The decision has its roots in a 1992 lawsuit against the Nogales Unified School District by parents who claimed the state’s ELL programs violated students’ rights under the act.

Courts originally sided with the parents, but the latest ruling follows a 2009 decision by the U.S. Supreme Court that said lower courts “misunderstood” the act and ordered them to reconsider the case.

Monday’s decision was welcomed by state officials, who said the circuit court’s ruling gave the state pretty much everything it could hope for.

“We believe that this decision will be useful for helping the state to perhaps oppose further federal management of Arizona’s education programs in the future,” said Ryan Anderson, a spokesman for the Arizona Attorney General’s Office.

But an attorney for the parents said he disagrees with the latest ruling.

“It wrongly decides that school districts and the state do not have an obligation to provide English language learners with the academic content they miss when they are taught English for four hours every school day,” said Tim Hogan, executive director of the Arizona Center for Law in the Public Interest.

The latest rulings also dismissed the parents’ claims that they represented all English-language learners in the state, saying state law gives each school district flexibility in how it meets the standards of the act.

A federal district judge ruled in 2000 that Nogales was violating EEOA by not providing sufficient funding to ELL students in that school district. The court extended its order statewide in 2001, and in 2005 it held the state in contempt for failing to “appropriately and constitutionally fund the state’s ELL programs,” the circuit court ruling said.

In 2006, the Arizona Legislature passed HB 2064, which set up a permanent funding system for ELL programs and created a state task force to develop “research-based models” for ELL that used the structured English immersion approach.

That led to the current state program that separates non-English speakers for English instruction for several hours a day, in hopes of making them proficient enough in English that they can move to regular classrooms after a year.

The parents claimed that the new system discriminated against ELL students by denying them classroom hours in subjects other than English, and not giving them an opportunity to make up those classes. That is particularly true of students who are not deemed proficient in English after a year.

But the Supreme Court said that lower courts focused too narrowly on the question of funding and not enough on whether the program fulfilled the standards of the act. It noted that since the lawsuit was first filed, state law and funding had changed, there had been changes in the school district, and Congress has passed the No Child Left Behind Act.

It ordered the case back to district court with very specific instructions for what it could consider, and the district court sided with the state this time. The circuit court panel upheld that ruling Monday.

The parents could seek a rehearing or try to take the case back to the Supreme Court. Hogan said Monday that no decision has been made but that he plans to meet with his clients and decide on what action to take.

Video: A place in Ecuador where conservation means collaboration
Comment
Crowdfunder: Changing the Latino Image — One Story at a Time