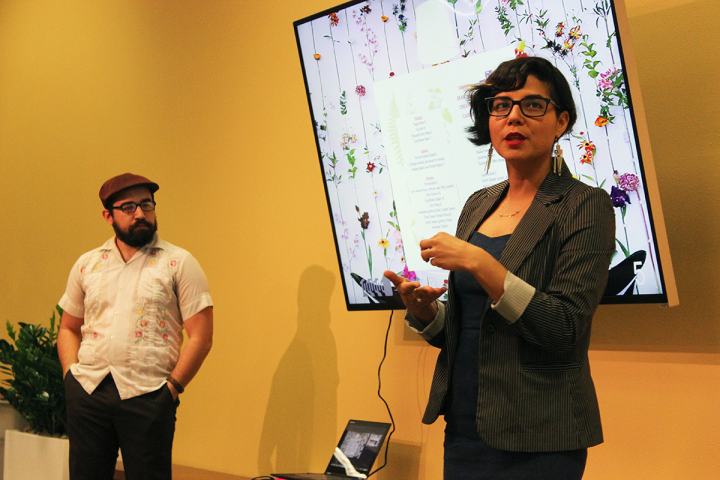 SAN ANTONIO – Some food purists might cringe at the idea of “vegan barbacoa,” but Rebecca López, owner of Rebel Eats, and Beto Ricón, a self-taught cook and food activist, have already proven that it works and it’s what some people want.

Hungry local business owners at Cafe Commerce were delighted that the vegan barbacoa tacos served on Wednesday morning were not only good for them, but that “they tasted so good.”

López and Ricón have found a way to combine flavor and health in a way San Antonio’s food culture hasn’t explored until now. The pair is working to bring delicious vegan dishes to the downtown area with “La Botánica”, a restaurant that will combine familiar flavors with fresh and locally produced vegetables.

“The emphasis on vegetables, it’s not really a trend,” Ricón said. “What we’re seeing is a cultural shift. The reason why these giant corporations profits are going down is because the consumer is becoming more conscious and companies have to react to that and they have to respond.”

The pair noted that while major fast-food chains like McDonald’s remain popular, company profits have noticeably shrunk in the last few years because people want healthier food options, like vegetarianism and veganism.

For López, who grew up in San Antonio, eating a vegetarian diet was not always easy. She moved to San Diego for seven years, where she discovered the vegan lifestyle, and started a pop-up catering business dedicated to creating delicious vegan meals.

“I thought ‘Why am I doing this here when I could be doing it where I’m from?’” López said. “I wanted to be in the community I was born and raised in. So I came here and I started Rebel Eats.”

Featured Photo: Beto Rincón and Rebecca López of Rebel Eats share their journey from a vegan pop-up to a brick and mortar establishment during a Cafe Commerce meeting. (Photo, Lea Thompson)