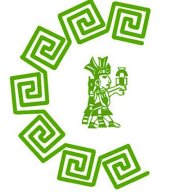 Burt Grossman says that he will use his experience as a former San Diego Charger to tackle everything that he sees is wrong with the Sweetwater Union High School District board: The ongoing case of corruption, its unaccountability, its total disregard for students’ education, and the impossibility for members to reach agreements.

“(Having been a professional football player) the normal attributes of hard work, team work, help, but realistically what is most beneficial is the ability to look past personal and fundamental differences in exchange for accomplishing a common goal,” said Grossman, who played six seasons in the NFL, five of them with the San Diego Chargers in the late 80s and early 90s.

“I didn’t like many of my teammates on a personal level nor did I agree with some of their lifestyles but in the end you learn to realize that has no bearing on your shared professional goal, whether that is winning a game or providing the best opportunities for students.”

Grossman is challenging incumbent Bertha Lopez for Seat 4 of the Sweetwater Union High School District board of trustees in the Nov. 6 general election.

Originally Grossman intended to challenge Pearl Quiñones, who along with current board member Arlie Ricasa, former board member Greg Sandoval, and former Superintendent Jesus Gandara, is facing charges of corruption and bribery.

But he decided to run against Lopez because she was running unchallenged whereas Quiñones is facing three challengers.
“I don’t personally know Bertha or Pearl other than what I’ve read in the papers pertaining to the corruption case,” Grossman said. “I didn’t plan to switch seats until the last day of filing at the registrar’s office. I guess in the end I looked at Pearl’s challengers and thought there were some qualified candidates vying for that seat.

“My main objective through all of this was to have a district and leadership the South Bay could be proud of not ashamed of. Yes, Pearl was an easier target with all her legal issues, but it wasn’t about that: It was about quality representation for students and choices. To me the community had that in seat 2 with four candidates. That wasn’t the case in seat 4, so I guess that was the trigger for the switch.”

He has criticized the board for its difficulty in reaching agreement. Grossman has said that he decided to run for a seat after last year he attended a board meeting that lasted several hours with no real agreement reached on any of the issues…

education, featured, San Diego
Previous Post Unlocking the truth about one industry's business of detaining immigrants
Next PostWhy We Cannot Allow Politicians To Pollute The EPA