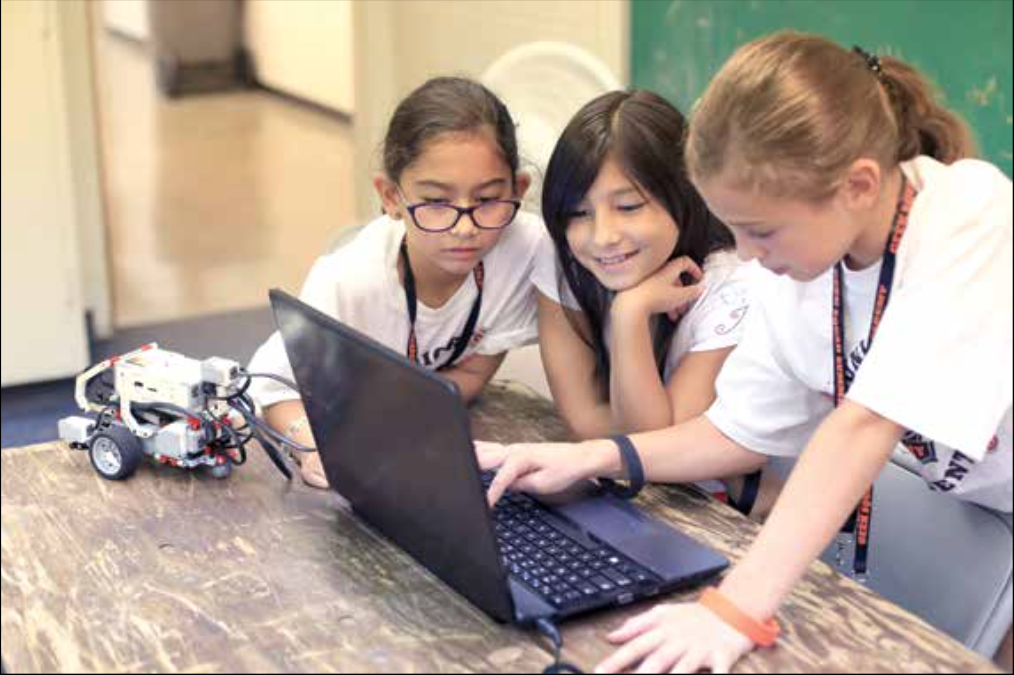 SAN ANTONIO — More than 150 local students between the ages of 10 and 18 spent two days out of their summer delving into the realm of technology at San Antonio’s very own Geek Squad Academy.
The free summer program organized by Best Buy partnered with local nonprofit Family Service Association in the West Side as a part of an effort to bridge the digital divide.

“The whole purpose of the academy is to get kids into technology,” Joshua Patterson, Geek Squad Field Marshal, explained. “For some of them, it’s stuff they don’t get at home and don’t necessarily get in their academic program.”

“The West Side of San Antonio is statistically the less connected to Wi-Fi, so it’s very important for people that are in the area to come here and to be able to learn the different elements that are happening in the workshops,” Davis told La Prensa.

In February 2013, Family Service Association unveiled the very first Best Buy Teen Tech Center in the nation. The center, sponsored by Best Buy, is equipped with high-tech computers and software, as well as a sound studio, professional cameras and a green screen. Teens between the ages of 13 to 18 are invited to use programs year-round Monday through Friday from 3:30 p.m. until 7:30 p.m.

“We spent a lot of time trying to find an organization to work with for the Teen Tech Center,” Patterson said. “Family Service Association is very good with their integrity and their ethics and we know it’s an organization we can invest money in and know that they’re going to run it properly.”

“The camp has exposed me to a lot of technology I don’t see very often at school or at home,” Muzquiz said. “It is definitely very beneficial to be here, we learn a lot and the people are great.”

Geek Squad Academy Volunteer, Kristen Gonzalez, who is a market administrative assistant at Best Buy, had a unique connection to the camp.

“I grew up in a low-income community in El Paso so when I see these kids they remind me of pretty much where I came from,” Gonzalez said. “It’s really inspiring to be here and to give them the opportunity to be exposed to this technology that maybe they wouldn’t be exposed to if they didn’t have community centers like this.”

Geek Squad Academy began in 2007 as an all-girls camp because the original purpose was to get girls interested in technology. Although they still have some all-girls camps, now they also include boys.

“We found a bigger divide with the social economic gaps,” Patterson explained. “We like to get into communities were the technology is just not there.”

The camp took place at Family Service Association’s The Neighborhood Place located at 3014 Rivas Street and was offered to all youth in San Antonio.