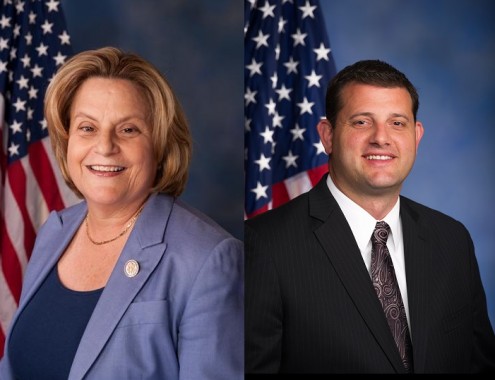 Three members of the 435-member U.S. House of Representatives — one the child of immigrant parents from Portugal, another with
Puerto Rican and Mexican in-laws and a third who called Cuba home until she was eight years old — have broken ranks with fellow
Republicans and joined 186 House Democrats to sign on as sponsors to a bill that would open the door for 11.7 undocumented residents now living here to apply for U.S. citizenship.

Some immigration reform advocates say they expect the actions to motivate more Republican representatives to follow suit, particularly those at risk of losing their seats because they will be viewed as biased against the newcomers, most of whom are from Latin America.

If the House bill passes, it is expected that any reform that materializes will be shaped in conference.

Valadao says he is asking those with an interest in reform to sign a general letter of support.

“I want to let other members know that we are serious about this and we need to move forward. I’m the freshman in the crowd, but I’m going to do my best to get signatures and see where the support is and if there is actually a chance to accomplish (comprehesive immigration reform) this year.”

Valadao’s parents emigrated from the Azore Islands of Portugal in 1969, eight years before he was born. His father became a citizen in the mid ’90s when Valadao was in high school. The costs, which can be $10,000 to $15,000 on attorney’s fees alone, plus the time and scrutiny that come with the process of gaining citizenship has held back his family and close friends, he says.

“They are spending ridiculous amounts on a system that is too complicated, doesn’t work and doesn’t give you any type of timeline on what your future holds. I think we need to clear that up so that it is not just open to people with money.”

Denham has been close to the struggle, too. Speaking with interest groups and knowing what is best for your constituency doesn’t compare to personal experiences, he says.

Denham is married to the daughter of Latinos from Puerto Rico and Mexico.

“There is nothing like having family. Walk through the system with them, …and you understand the flaws and really see the obstacles that you have to get through,” Denham says. “Not only to become a citizen, but even to become a legal permanent resident.”

He went through the process with his father-in-law who migrated from Aguascaliente, Mexico. Denham met his wife, Sonia Denham, who was born and raised in Salinas, Calif., while the two were attending Cal Poly San Luis Obisbo. He describes his wife’s cultural influence as one of a “hard work ethic and family values.”

He watched her family be restrained by the misrepresentations of how long it would take to get through the citizenship process
and the costs that were affiliated, he says.

“It is a large bureaucracy with a lot of wait time and processing fees,” he said. “But one of the biggest challenges was the citizenship test itself.”

Ros-Lehtinen became the first Hispanic woman and the first Cuban American elected to Congress in 1989.

“I’m cautiously optimistic that we can pass meaningful immigration reform,” she states on her website. Other Members may produce a bipartisan product that may also deserve support, she adds.