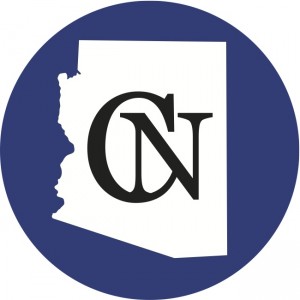 FLORENCE – The first stop for all Immigration and Customs Enforcement detainees is just down the road from here at the Florence Detention Center, which has a new soccer field, offers buffet-style dining and allows face-to-face visits with family, friends and lawyers.

But some of the overflow detainees and those posing higher security risks wind up at the Pinal County Adult Detention Center. Here, recreation is limited to four hours per day, face-to-face visits aren’t permitted and 10 detainees can share a toilet.

James Kimble, deputy chief of adult detention, said this facility is designed to house convicts and those charged with crimes, and he makes no apologies for the conditions.

“We have nothing to hide,” he said. “I would put this facility up against any other in terms of cleanliness, efficiency and overall operations.”

However, a coalition 300 regional and national advocacy groups begs to differ.

Alleging poor sanitation, abuse and lack of due process, the Detention Watch Network recently called on ICE to terminate its contract with Pinal County Adult Detention Center, saying it ranks among the 10 worst immigration detention facilities in the country.

“Immigrants who are detained there don’t have access to outdoor recreation, don’t have access to contact visits with their family, and many of the people we spoke to talked about a culture of abusiveness,” said Victoria Lopez, program director for the American Civil Liberties Union of Arizona.

Lopez authored a report in 2011 based on 100 interviews with immigration detainees in Arizona, many of them from the Pinal County facility.

Beyond the living conditions, Lopez said she objects to what she calls the punitive nature of immigrant detention at the facility.

“The majority of people have not ever committed a crime or have committed very minor offenses,” she said.
About one-third of the detainees at Pinal County Adult Detention Center represent a serious threat, according to ICE statistics released in August.

Terry Johnson, commander of security operations, said the facility hasn’t gotten a fair shake from the ACLU of Arizona. He said detainees are treated in a humane and dignified manner.

“We’re transparent here,” he said. “If there’s a complaint, if staff is doing something wrong, we’re not going to hide that.”

Last year the Office of Detention Oversight under the U.S. Department of Homeland Security reviewed the facility and found 22 deficiencies including access to legal material, environmental health and safety, recreation, staff-detainee communication, use of force and visitation.

However, the facility was deemed acceptable overall.

In a compliance inspection conducted in March of this year, there were still 14 outstanding deficiencies.
Amber Cargile, a spokeswoman for ICE, said the agency is reviewing the allegations made by Detention Watch Network and ACLU of Arizona, but she said many are second-hand anecdotes.

“It is disappointing that the reports appear to be built primarily on anonymous allegations that cannot be investigated or substantiated,” she said is a written statement.

Gargile said ICE has made a significant number of improvements to the Pinal County facility.

According to the contract negotiated with Pinal County in 2007, ICE pays a per diem rate of $60 per inmate. The agreement allows for a maximum of 625 detainees out of the jail’s 1,504 person capacity.

The Pinal County budget reported $10.9 million in actual revenue from housing detainees during during the 2011-2012 fiscal year.

Caroline Isaacs, American Friends Service Committee program director in Tucson, said the cost of using county jails to house immigrant detainees is another reason why ICE should consider alternatives such as releasing detainees on bond and using electronic-monitoring devices.

“I don’t think the average taxpayer has any idea we are paying so much money to lock up folks that have never harmed a hair on anyone’s head,” she said.

Arizona, deportees, detainees, featured, immigration, Immigration and Customs Enforcement
Previous Post Viernes Video: Revealing the luchadores behind the masks
Next PostAs it Turns Out, Happiness Can Buy Health and Longevity

Viernes Video: Revealing the luchadores behind the masks
Comment
As it Turns Out, Happiness Can Buy Health and Longevity