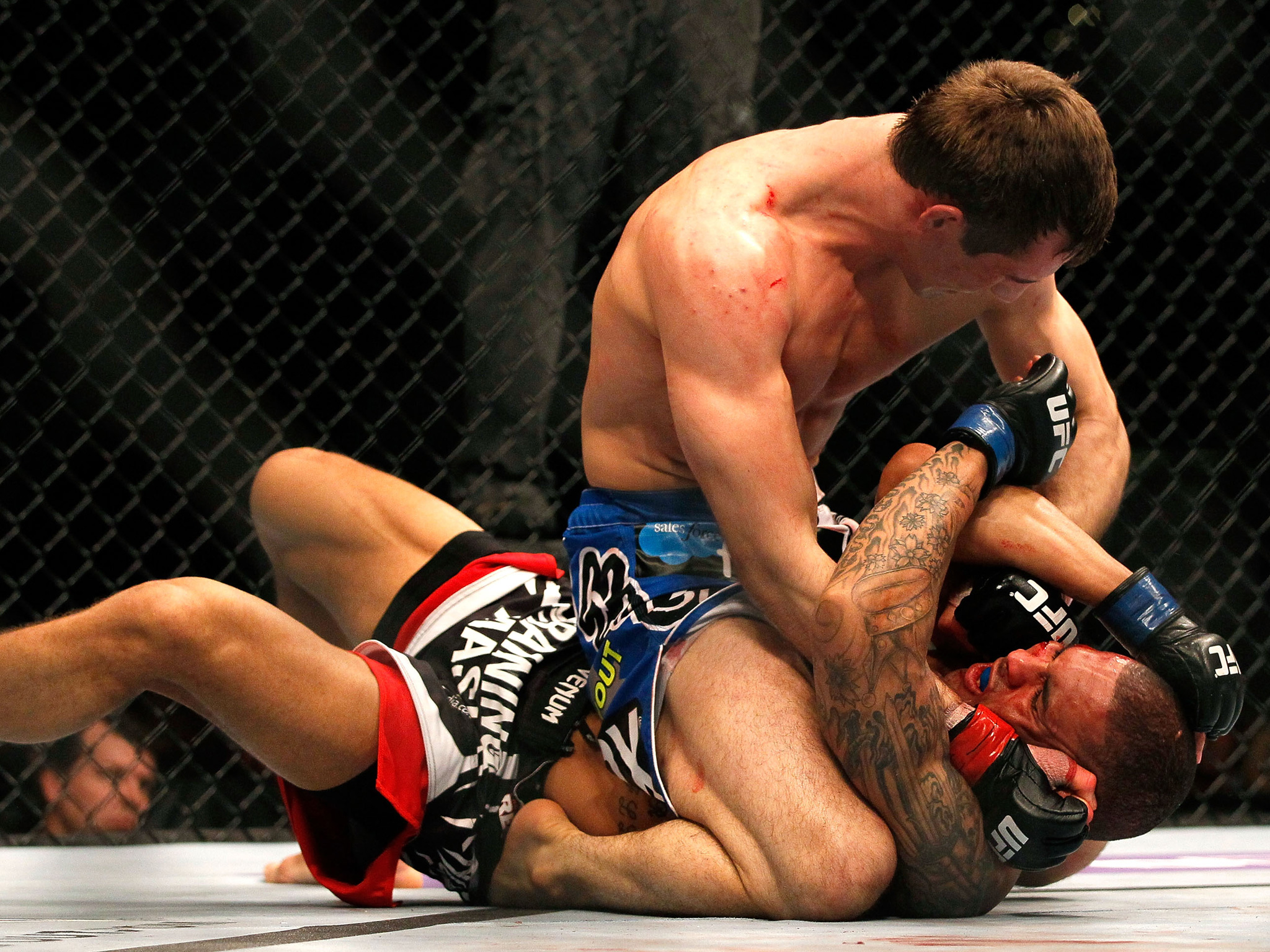 We know boxing has long been a popular sport among Hispanics, with such well known Latinos in the ring as Carlos Ortiz in the ‘60s, Hector ‘Macho” Camacho and Miguel Cotto, whose fight at Madison Square Garden remains one of the top ticket sellers of all times.

But in recent years, Mixed Martial Arts, the sport that combines boxing with grappling and kicks, has grown tremendously in popularity among Hispanics, making up 50 percent of its fan base.

The sport, which has roots in Brazil in the 1920’s, was officially brought to this country in 1993 and the Ultimate Fighting Championship, a promotion company was created. MMA is a full-contact combat sport that allows the use of both striking and grappling techniques, both standing and on the ground, from a variety of other combat sports and martial arts.

Gabriela Nunez, the communications director for ESPN International and ESPN Deportes, says MMA is more popular among Hispanics born in the United States and speaking English as a primary language, than those that are foreign-born and Spanish language-dominant.

Hispanic fans have not gone unnoticed by MMA games promoters. This past month, the UFC held an event at Foxwoods casino in Mashantucket, which targeted the Spanish-speaking market; another MMA promoter held an event at Mohegan Sun in Uncasville on the same night. Also noteworthy in the category of recognizing the growing Hispanic sports fan market – the UFC, which began with only one staffer dedicated to Hispanic marketing, has now increased that number to six and has also created UFCLatino.com to engage Latino fans.

Apparently both sports are…

Crowdfunder: Made by Mayans - Inspiring Hope in Guatemala
Comment
Crowdfunder: Raising money for books for Chilean school for the Mapuche