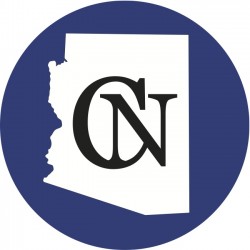 WASHINGTON – Opponents of Proposition 107 had a favorite warning in the debate leading up to the vote. Pass the ban on racial preferences, they said, and it would mean the end of programs like Arizona State University’s Hispanic Mother-Daughter Program, which aims to increase the odds for Hispanic women who would be the first in their families to attend college.

The proposition passed, but the program still exists. And officials say the Hispanic Mother-Daughter Program is, theoretically at least, open to more than just Hispanic mothers and daughters.

“It’s important to underscore that any student can participate in any program even though it might have a target population,” said James Rund, senior vice president of educational outreach and student services at Arizona State University.

Rund said the mother-daughter program is still around because there are “specific programs that have an emphasis on certain populations.” He pointed to other targeted student-services programs, like African-American Men of ASU, and said all comply with the state’s ban on preferential treatment.

“Latinas are still underrepresented at the institution, though we’ve made great progress,” Rund said of the mother-daughter program. “We want to ensure that we have a program that signals to the specific population that it is a priority for the university, at the same time making it available for all that want to participate.”

But just because the program is open to everyone doesn’t mean everyone’s applying.

The program has never told a male student he couldn’t apply, for example, but it has never received an application from one either, said Anita Tarango, ASU’s director of outreach for educational outreach and student services. That may be because it does not appeal to them, she said.

“It’s not necessarily going to be appealing to a broad spectrum of people,” Tarango said. “The audience is primarily Hispanic females – not exclusively, but predominantly.”

Rund called it “unlikely” that a male would want to be part of the program: “We won’t prohibit their participation, but the program is clearly focused.”

Program Director Jo Ann Martinez said being Hispanic is not a requirement, either, but she could not say if any non-Hispanic students are enrolled in the program, even though they are asked to identify their ethnicity on the application. While that information is “on hand,” it is not tallied, Martinez said.

The nearly 30-year-old Hispanic Mother-Daughter Program admits more than 100 students annually. Phoenix and East Valley school districts refer eligible seventh-grade students: Those who would be the first in their families to go to college, who are performing at grade level for English and math, and have at least a 2.75 grade-point average.

Prospective mother-daughter teams go through an “extensive” application process to whittle 500 students down to 140 teams that will start the program this fall, Martinez said.

Students have to be referred by their schools to apply. But the schools themselves interpret the program differently.

“If you say it’s the Hispanic Mother-Daughter Program – why would you identify anyone else?” asked Gracie Barraza, community service liaison for Roosevelt School District – which has 18 schools with seventh-grade classes.

Barraza said the schools have different approaches in reaching eligible students, but “the teachers know exactly who they can approach on that.”

Cesar Chavez Community School – a Roosevelt District school – passes out fliers to all seventh-grade classes and invites interested students to attend a meeting on the program. Chavez Principal Ivette Rodriguez said she has seen non-Hispanic girls admitted into the program at other schools, but has never seen interest from a male student.

“Because of the name of the program there might be an assumption on their (the boys’) part,” Rodriguez said. “Obviously, I think it would be great to have the same opportunities for all of our students – maybe one of our young men would like to apply for this.”

But in other school districts, recruitment is more targeted.

Debbie Fast, English Language Development coordinator at Chandler Unified School District, said the program has “qualifying factors of race or gender” and participants “have to be Hispanic and female.” Guidance counselors at the district’s seven participating schools approach Hispanic girls who might be first-generation college students and let them decide if they’re willing to make the time commitment, Fast said.

The ASU program wants schools to continue targeting the students with “the greatest need and have the greatest benefit for the program,” which Tarango said are Hispanic females.

“There are limited spots,” Tarango said. “They (schools) want to assure that the people that will get the most benefit are the people that are applying. That is what the hope would be.”