Hispanics have the lowest dropout rate in Delaware 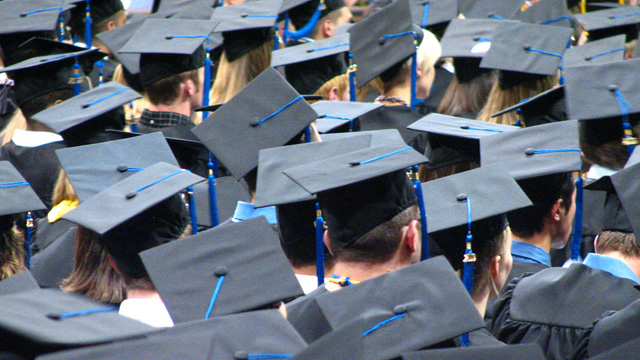 A record number of students are staying in school as the number of dropouts continues to decline in Delaware schools. The annual Delaware Department of Education report, which will be presented to the State Board of Education at its monthly meeting, shows 817 of 38,949 students enrolled in grades 9 to 12 dropped out of school in 2013-14, a rate of 2.1 percent. That is a decrease from the previous year’s rate of 2.9 percent, which was the lowest in 30 years.

The statewide graduation rate also showed strong gains. The 2014 rate of 84.4 percent rose from 79.9 percent in 2013 and 79.6 percent in 2012. And 76 percent of the districts/charters improved their graduation rates from 2013. The upward trend in Delaware graduation success mirrors the recently released graduation data from the U.S. Department of Education that showed the nation hitting a record high (81%) for high school graduation.

“At a time when we are asking more of our students and educators than ever before, this announcement is another sign that they continue to rise to the occasion,” said Governor Jack Markell. “It should also encourage us to continue to invest in efforts that help more of our students graduate ready for college or career, from effectively implementing the Common Core Standards to our recently announced Pathways to Prosperity initiative that will offer students engaging and hands-on opportunities that are relevant for jobs in growing fields.”

“This is more evidence that the efforts of educators in schools across our state are working. Over the past few years we have seen increased high school success because of the support our schools are providing to students to help them complete their education,” Murphy said.

Finish reading Hispanics have the lowest dropout rate in Delaware