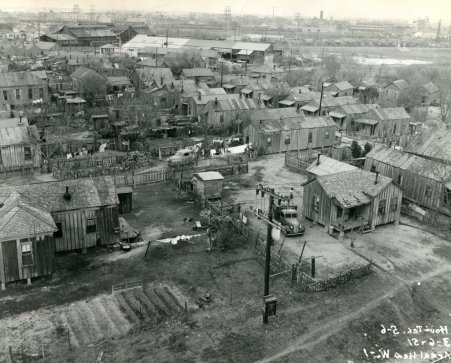 The Texas Historical Commission has slated El Barrio Del Alacran, a historic Latino neighborhood that was demolished in the 1950′s to make room for public housing, as one of the next areas to receive a marker dedication.

The Mexican Revolution of 1910 and continued industrial development led many Mexican immigrants to Houston in search of jobs at the local factories. They settled in the area of second ward close to downtown that was formerly known as Frost Town, but then became a powerful and colorful Mexican neighborhood from the 1930′s to 1950′s known as “El Alacran”.

“El Alacran” was one of the most underserved neighborhoods in the city and referred to by many as a slum. While the area had its social ills, it also produced a generation of Latino leaders that would usher in the civil rights movement.

Carlos Cabillo, a local filmmaker and activist, is currently working on a film about the neighborhood and has conducted extensive interviews with former residents…