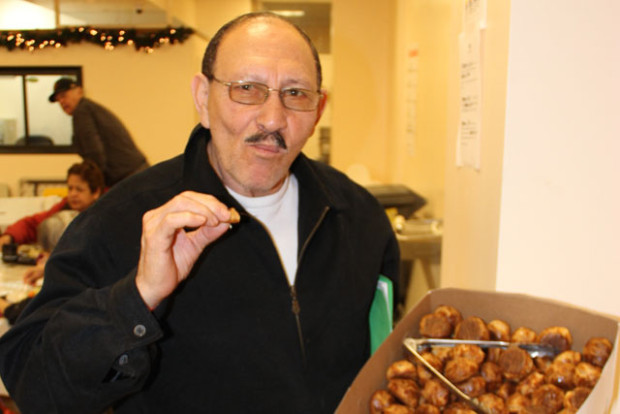 When displaced tenants from the fire on 22nd and Mission streets flooded into the Salvation Army for shelter or assistance, it became clear that the victims of the blaze would need to be fed. And when Vinny Eng, the Operations Director at Tartine, and Shakirah Simley at Bi-Rite grocery, caught wind of the need it didn’t take long for them to rally the troops.

Eng and Simley were quick to volunteer their own goods to those taking their meals at the Salvation Army. Hundreds of eggs, dozens of loaves of breads, quarts of butter and marmalade and more have made their way from Bi-Rite’s stores and Tartine’s ovens over to the shelter on Valencia street.

But it didn’t stop there. Eng and Simley quickly started reaching out to other restaurants in the area to see if they, too would consider donating some meals — and were met with immediate enthusiasm. Sprig, Tacolicious, Central Kitchen, Delfina, Kasa, Bernal Cutlery, Heyday, and Goodeggs, among others, all answered the call.

As it happened, disaster struck in a neighborhood that takes community and food seriously.

“This is actually becoming the hottest eating location in the Mission,” said John McKnight, who directs emergency and disaster services for the Salvation Army’s Golden State Division. He opened up his laptop to show reporters a meal schedule for the week.

“Shakirah and I work for businesses whose owners really believe that your community is more than just the customers that walk in that door and pay for your food,” Eng said.

McNight said that one of the challenges of arranging meals is that food can’t come from just anyone with a kitchen and good intentions. Rather, it needs to be provided by commercial kitchens because they are required to adhere to strict food safety standards.

Now, the Salvation Army not only has safe food, it has some of the Mission’s finest selections. And word has gotten around, it seems…

Photo: A displaced tenant samples some of the food available at the Salvation Army. Photo by Daniel Mondragón

Previous Post Is the Government Manipulating Kidnap Statistics in Mexico?
Next PostCrowdfunder: A film about immigration, fast food, and making your own justice

Is the Government Manipulating Kidnap Statistics in Mexico?
Comment
Crowdfunder: A film about immigration, fast food, and making your own justice