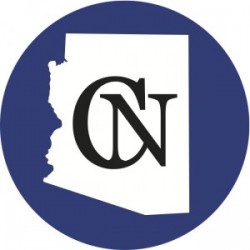 WASHINGTON – Pedro Lopez drove more than 41 hours from Phoenix to the U.S. Supreme Court, where he took part in a 48-hour prayer vigil this week asking God to strike down Arizona’s SB 1070 immigration law.

The 19-year-old was one of hundreds of singing, chanting – but mostly civil – demonstrators who gathered Wednesday in front of the high court to make their voices heard as the justices weighed arguments on the law.

“We’re here today to send a message,” said Lopez, one of 12 members from the faith-based group Promise Arizona who showed up for Wednesday’s hearing. He said the law has had a real and damaging impact on his community.

On the other side of the plaza in front of the court, SB 1070 supporter JoAnn Abbott, 53, said she came out “to support fairness.”

Abbott, a Virginia resident who lived in Fort Huachuca when her husband was stationed there, said undocumented immigrants are straining the education and health systems. Arizona has had to step in, she said, because the federal government is not doing its job of enforcing immigration law.

“Why’s the federal government getting in their way?” asked Abbott, who was waving U.S. and Arizona flags amid a group of supporters on the steps of the Supreme Court.

Faith played a big role in the demonstrations on both sides.

Opponents staged an interfaith “Jericho Walk” around the court that began with the blowing of a shofar. Catholic clergy walked alongside United Church of Christ leaders and Jewish groups, many in religious vestments, making calls to “welcome strangers” as their religions call them to do.

Noel Anderson, a former pastor for the United Church of Christ Southwest in Tucson, spoke about the conditions he said many undocumented immigrants face in the community.

Anderson, a Washington-area resident who was in Arizona when the law was passed and who has lived in Mexico, said he understands the “root causes” of illegal immigration.

A smaller group of supporters on the other side of the steps wielded signs, including one that read, “God so loves us He gave us Arizona’s SB 1070.” They performed a song with the line, “God save Arizona from our own federal government.”

There was another song with lyrics about English proficiency among immigrants, while others carried signs with messages like, “SB1070 supports federal immigration law, President Obama doesn’t.”

The bill’s backers said the issue for them wasn’t one of human rights, but of enforcing the law.

“The federal government is ignoring the federal law and has done so for a while,” said Mary Lynne Bebee, a member of the American Council of Immigration Reform.

“There’s nothing wrong with immigration law,” she said. “What’s wrong with it is lack of enforcement by our government.”
Bebee said undocumented immigration has taken away jobs from many qualified Americans.

Some people reportedly showed up before dawn to get in line for tickets, and the crowd eventually reached 400 to 500 people by the time arguments began at 10 a.m.

The sides remained cordial, with the most obvious conflict being the battle to see who could sing the loudest as each side struggled to have its music heard.

Phoenix resident Patricia Rosas, 48, said she made the trip because she is afraid police will decide whether or not she or others like her are pulled over because of the color of their skin if the law stands.

But if the court upholds the law, she said, she will not give up the fight. If the law is not stopped in Arizona, similar laws will be passed in other states.

“I came to ask God that they remove this law and that He move the hearts of the judges who will be there,” Rosas said in Spanish. “If the community is united, whether they have papers or not, that is how things get done.”