Latina Lista: News from the Latinx perspective > Local News > Midwest > Israel “Izzy” Garcia helps train champs both in and out of the ring 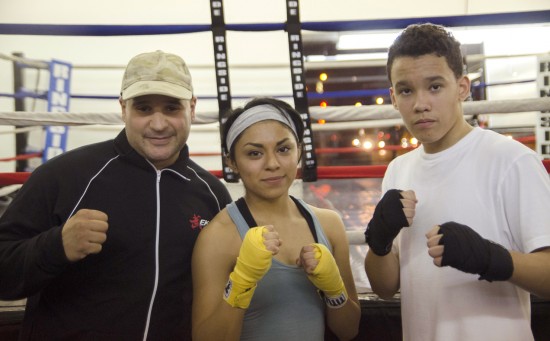 CHICAGO — Israel Garcia always had the passion of a fighter. When he was young, his family didn’t have enough money to send him to a boxing gym, so he created his own backyard gym and used water jugs as weights. Eventually, he did find a trainer and worked with him to make it all the way to the semifinals of the Chicago Golden Gloves and racked up about 60 amateur fights.

However, his dream of going pro was cut short due to a car accident.

But instead of giving up and bailing out of the sport forever, Izzy, as he is known by his friends, decided to put that passion into training others.

“Instead of trying to chase the dream of becoming a champion of the world, I was given the opportunity to be a champion for the world,” Izzy explained.