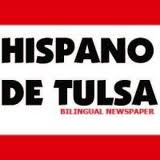 A Cuban painter who dreamed about and planned his departure for 15 years now uses the Midwest as his new canvas.

He could have chosen the home of Caribbean exile in the sunny city of Miami, Florida. But he did not like that little Havana of the first world, perhaps because of the proximity of that stormy sea which he saw swallow not only many of his dreams and hopes for 40 years, but friends and acquaintances who tried to cross the 90 miles between the oppressive yoke of the Castro brothers and the land of opportunity.

José Antonio Pantoja, an artist who is 41, considers himself a sort of Cuban Crocodile Dundee who defected from a communist dictatorship, exchanging hunger, oppression, poverty and abuse for just one thing: freedom.

Left behind is the anguish and frustration of wanting to but not being able to, and the torment of living isolated from the world.

And like the vast majority of immigrants who arrive with nothing, except for their talent, today there is much that he enjoys: walking freely, spending hours in the supermarket trying to decide between an endless selection of milk and eggs, enjoying the Internet without fear of being punished and imprisoned, turning on the bathroom faucet and knowing that there is water, enjoying a new dish called pizza, partying with friends who only speak English, driving without difficulties. All of this because his future arrived in June 2011, when he requested political asylum while in the city of Querétaro in Mexico, where he had been invited to an art exhibition that never existed.

“It was like being born again,” recalls the painter, interviewed in his home and studio in the Brady district just north of downtown Tulsa. “The dreams of freedom were no longer just in those old black and white films I used to see in Cuba. It was reality, and in full color.”

Pantoja tells his story almost breathlessly and gesturing with his hands while looking over some of his sketches. “There is so much to talk about that a book could be written, but everything can be summarized in one word: freedom! My thirst for freedom, my frustration with the reality of Cuba – that is what brought me here.”

From Cuba to Tulsa

The artist often mentions a topic that he finds remarkable: supermarkets. “There is so much abundance,” he said. “I still find it hard to go; it is not easy to adapt, given that 40 years without freedom can traumatize anyone. After living in a little box for 40 years, this is starting to live, but at a speed of a million miles per hour. “

Pantoja said Cubans are under strict food rationing. This is determined by a “supply book,” set up in March 1962 and by which products such as meat – in this case chicken and soy – are limited to 230 grams per month. “It’s the same with eggs and even soap. Everything is controlled. That’s why going to a market here is unimaginable, a fantasy.”

The misery in the country is extreme, Pantoja said. “It’s a form of repression. That and education, when you limit those two things, you have control.” With an average annual salary of $229, it is “impossible to live.”

Pantoja said that he is neither a revolutionary nor a dissident, nor is he a nationalist and much less a Yankee. He is…