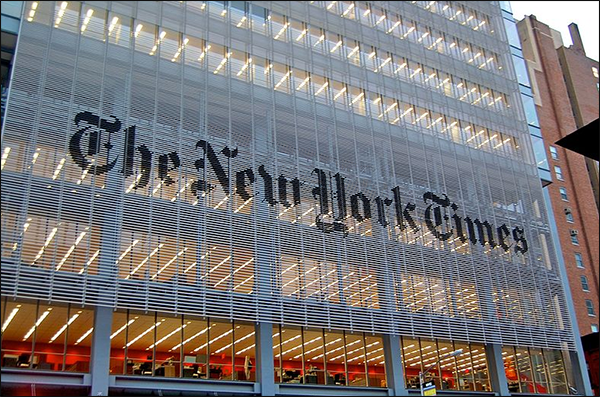 San Antonio, Texas.- In 2003, a young reporter for The New York Times named Jayson Blair was found guilty of plagiarizing and fabricating his stories.

The Jayson Blair scandal caused people to question their trust and the legitimacy of institutionalized journalism.

The new PBS documentary, “A Fragile Trust,” examines today’s news landscape and interviews key players of the Jayson Blair scandal, including journalist Macarena Hernandez, who was working for The San Antonio-Express News, at the time Blair plagiarized one of her stories.

The film, which began premiering in late 2013, will premiere on PBS nationally in May 2014, with the possibility of a special premiere screening held in San Antonio.

Hernandez, who serves as the Victoria Advocate Endowed Professor in Humanities for the University of Houston, interned and worked with Blair at the New York Times in 1998.

“The general public thinks that the press is very sinister and that we make up stuff, and it is amazing how prevalent that distrust of the press is. I think the lapse of journalistic integrity, like Jayson is not the norm,” Hernandez said.

“A Fragile Trust” Director, Samantha Grant, who interviewed all the key players of the Blair case, including Hernandez and Blair, made a similar discovery about journalism.

“Although the democratization of the media is great, the institutionalization of media like the New York Times is important, now more than ever before. Even if the institutions are not perfect they are critical to this society,” Grant said.

“What I tried to do with the film is…