A Latina officer from Pilsen helps educate and bring awareness 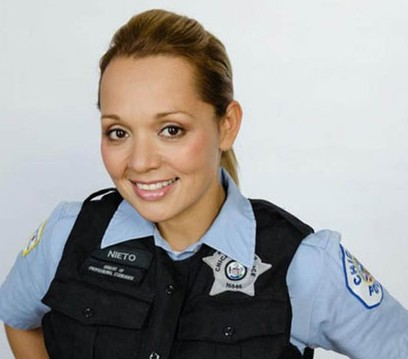 There is no need to look to the big screen for a hero nowadays, although in this case, you can look there, too. Chicago Police officer, Lourdes Nieto, has appeared in both TV hit shows, “Chicago PD” and “Chicago Fire,” and has played an extra on the big screen in “Divergent.”

A single mother, she has been in law enforcement for a decade now, and for half of that time has dedicated herself to bringing awareness to human trafficking to her community in Chicago’s Pilsen neighborhood, and to her colleagues in the department.

It affects every race, religion, and socioeconomic class. Whether a young person lives at home or on the streets, they are vulnerable. It does not discriminate.

Media, popular culture, and even family customs play a big part in human trafficking as well. The key is education, and that is what officer Nieto dedicates most of her free time to.