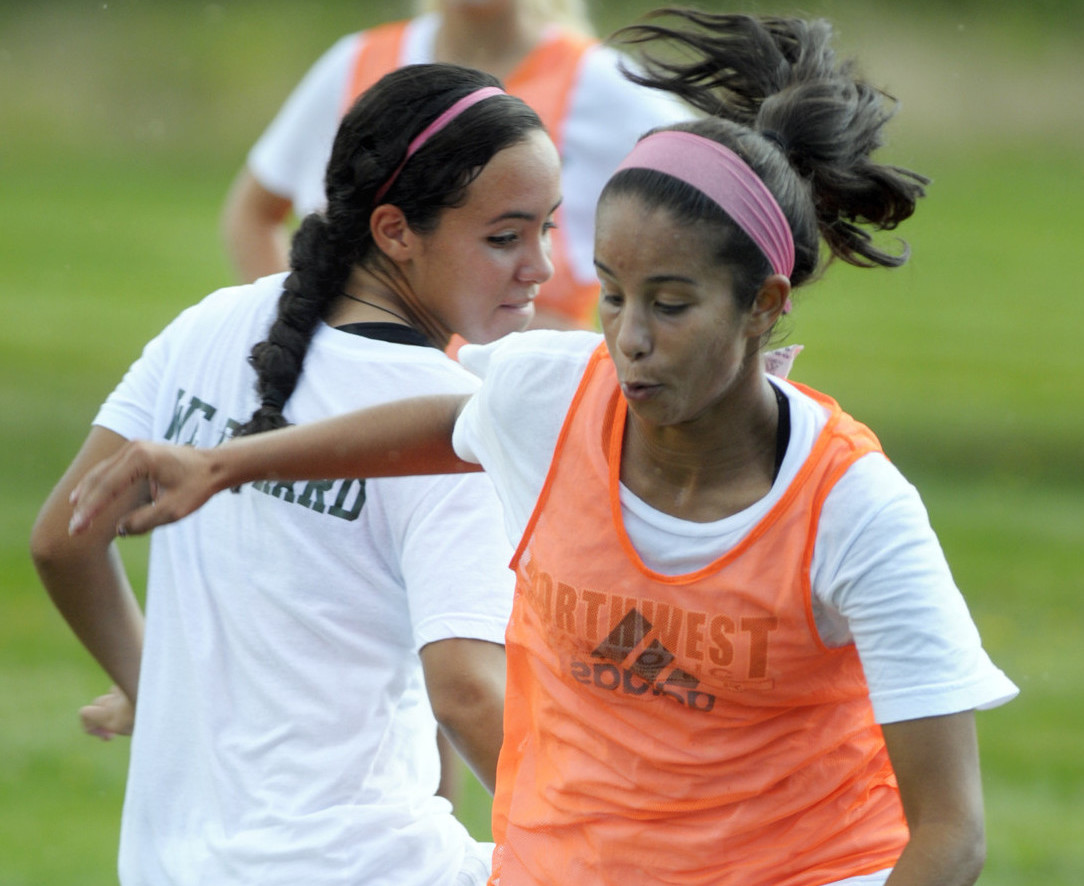 In the team photo for the 2014 Connecticut College women’s soccer team, sisters Nicole Medina and Michelle Medina stand like bookends at the opposite edges of the group.

However, on and off the field, the two first-year students from Hartford are usually a lot closer. They are twins, but not identical.

The daughters of Orlando and Maria Medina, who emigrated from Cali, Colombia about 25 years ago, they are 19 and were born in Hartford. “Michelle’s older by nine minutes,” said Nicole.

This fall, Miche and Nikki, as they are known on New London campus, usually are in close proximity, at least mentally, on the soccer field and are key contributors to what is emerging as a historic season for the Connecticut College Camels.

The twins seem to always know what each other is thinking and will do during a game. They have what coach Norm Riker calls a”special ESP.”

They also “are a lot of fun to be around,” the coach adds.

The Medinas share a passion for pizza, Colombian steak dinners, romantic comedies and scary movies. But on the soccer field, they are cast in different roles.

Miche is a forward, or striker, and is charged with scoring goals.

“I think my sister’s best attribute,” said Nikki, is her ability to take players on one versus one. She is creative and quick so she’s very good at that.

Nicole plays center midfield and has both defensive and offensive duties. “She never gets tired,” Miche said. “No matter how late in the game, she will always be defending and attacking and she always knows where the next pass should go.”

“Nikki … usually tries to pass the ball to me and I try to score,” Miche said.

And score Miche has — six goals and four assists in the first twelve games.

Moreover, her strikes are timely. She had the winning goals in recent victories over Bates and Colby and assisted on the game decider in a 1-0 victory over Hamilton last month.

Nikki tallied two goals earlier in the season and rocketed a shot off the cross bar that narrowly missed deciding the Hamilton game.

Winners of ten of their first twelve games, the Camels, who won three games last year, already have a victory total not reached since 2002 and are on their way to heir first winning season since 2004. They also in the running for their first championship in the New England Small Colleges Athletic League.

Nationally, the Camels recently moved into…