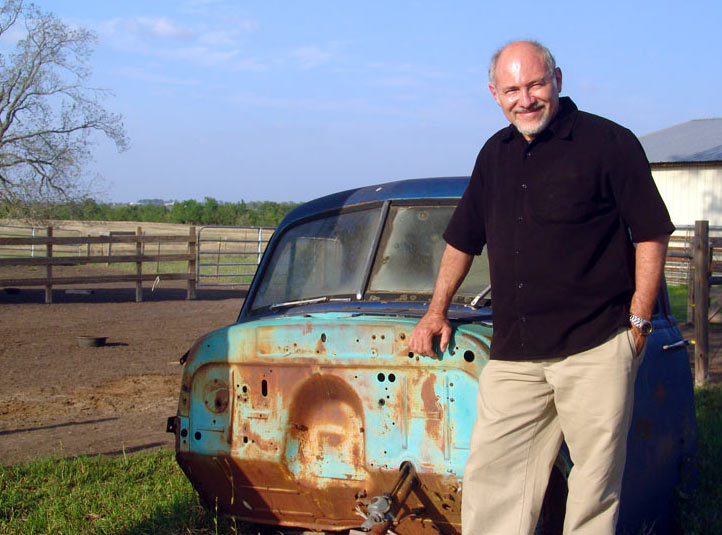 Like all great college professors, Ruben Salinas, is passionate about his work and he enjoys sharing his unique ideas about art with the students he teaches at the Savannah College of Art and Design (SCAD).

Salinas is also proud of his Latino heritage and in September he shared that pride with soldiers from Fort Stewart’s 3rd Infantry Division Fire Brigade in Hinesville, Ga. as they celebrated Hispanic Heritage Month.

A native of Monterrey, Mexico, Salinas taught at the Art Institute of Houston for twenty-five years before moving to Savannah in 2005 and accepting the position of Professor of Art Foundation Studies at SCAD.

Art is in the Salinas family’s blood. His father was a professional illustrator in Mexico and after graduating in 1980 from Universidad Regiomontana in Monterrey, Ruben moved to Houston and followed in his father’s footsteps working as a freelance illustrator and storyboard artist while teaching at the Art Institute of Houston. His son Damien is doing graduate studies in illustration at SCAD.

Ruben Salinas’ expertise in figurative drawing and illustration is obvious in examples from his early portfolio. But as he matured his focus gradually shifted.

My journey in art has taken me from the graphic realism of my early career to an emphasis today on the importance of intuition and mysticism in the creative process,” Salinas said. “When we learn to see with our heart instead of our eyes we approach painting as a journey toward a state of being where the heart and the soul are our masters.”

Last year, Salinas co-wrote a book on drawing entitled “The Spirit Of Gesture” with his son Damien. The 163-page guide is filled with practical tips on how art students can energize their work by using spontaneity to trigger creative impulses.

One of Ruben Salinas’ favorite movies is “Ed Wood”, a Tim Burton classic from 1994.

“It’s about a real-life director from the 1950s whose films were so badly made they became cult hits,” Salinas said. “He produced every film with the conviction that every cut was good enough. In spite of public ridicule and withering reviews from the critics, he remained prolific throughout his career.”

Salinas uses the movie as a great example of how perfection can become an enemy of creativity. Many of his art students struggle with the notion that a work isn’t finished until it has been perfected, so he encourages his students to experience the “fun” of failure.

“I tell them to just do their best effort in every project and move on”, he said. “Trying to make an image perfect drains the energy that can be used on new and fresh projects. The important thing is to keep working.”