Latino Author Writes Book On ‘What History Failed To Tell Us’ 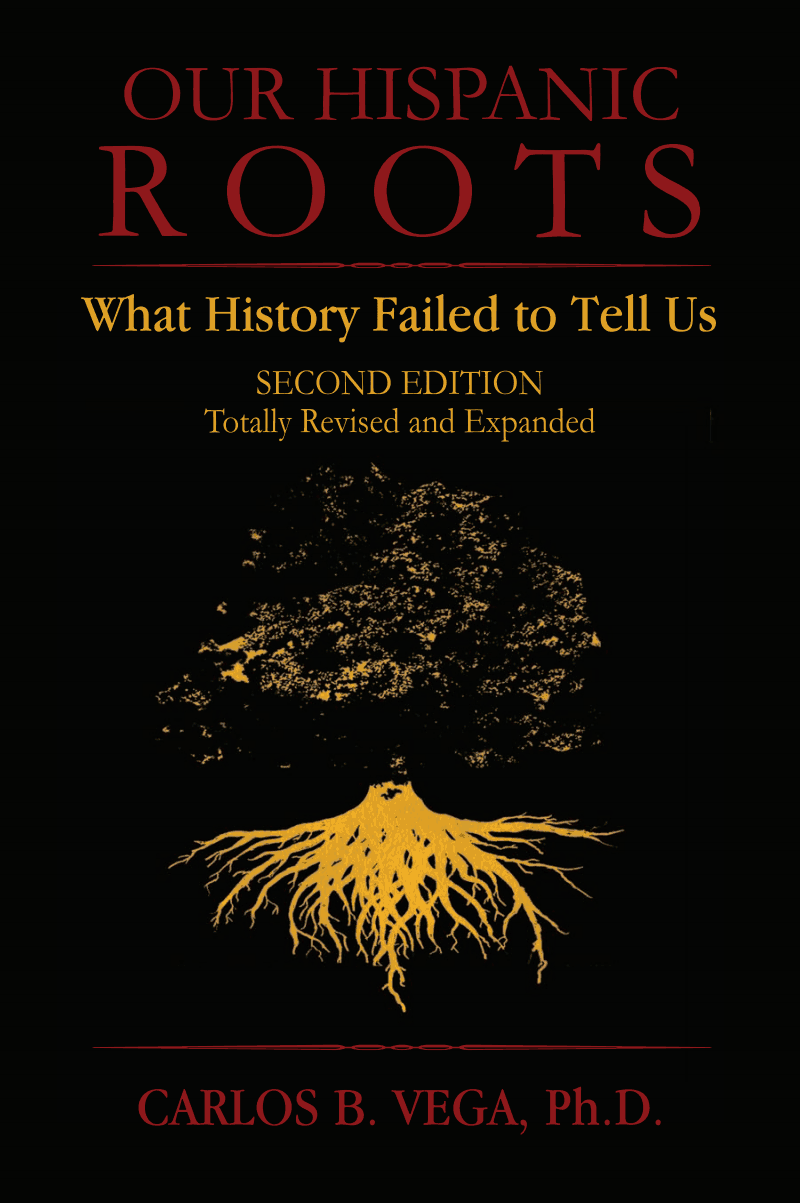 Carlos B. Vega, Ph.D, has dedicated his entire professional life to fostering better relations and understanding between the Hispanic and American cultures. He is a prolific writer, both in Spanish and in English, and specializes in the Spanish language and Hispanic literature, history, and culture.

Vega has been a Spanish professor for over thirty years, an editor for several leading U.S. publishers, and an author of 51 publications to date. His most recent book, Our Hispanic Roots: What History Failed To Tell Us, comes from “a deep-felt desire to right a wrong” and “to set the record straight” regarding the extent of the contribution of Hispanics to the founding of the U.S. and to the American Freedom that we enjoy today.

“By knowing the facts,” says Vega, “we may have a greater understanding and appreciation of our history and how it evolved.”

Our Hispanic Roots: What History Failed To Tell Us is an informative exploration of America’s Hispanic roots that took place over a span of 400 years, from the 15th to the 19th centuries.

Vega’s book outlines, in distinct detail, the findings of Anglo Saxons in the east, which resulted in the Republic, as well as the forgotten foundings in the south, southwest and west of Hispanics that founded the Country.

He explains how the two fused together to form one nation in the 19th century, which ultimately became today’s United States. While many history books cover the founding of the Republic, mentioning and giving credit to men like Washington, Jefferson, Adams, Franklin, and Madison, not much information has been relayed about the Country founding fathers, such as Ponce de León, de Soto, Coronado, Cabeza de Vaca, and Father Serra.

“To those unaware of the historical truth, this book is a real eye-opener,” says Vega, “a riveting and fascinating read setting forth solid and well-founded arguments, unquestionable facts—many of them for the first time.”

Our Hispanic Roots explains how…

hispanic, history
Previous Post Guatemala launches "Yo soy Atitlán" to save one of the world's most iconic lakes
Next PostVideo: Focusing a lens on Venezuela's out of control spiral

Guatemala launches "Yo soy Atitlán" to save one of the world's most iconic lakes
Comment
Video: Focusing a lens on Venezuela's out of control spiral