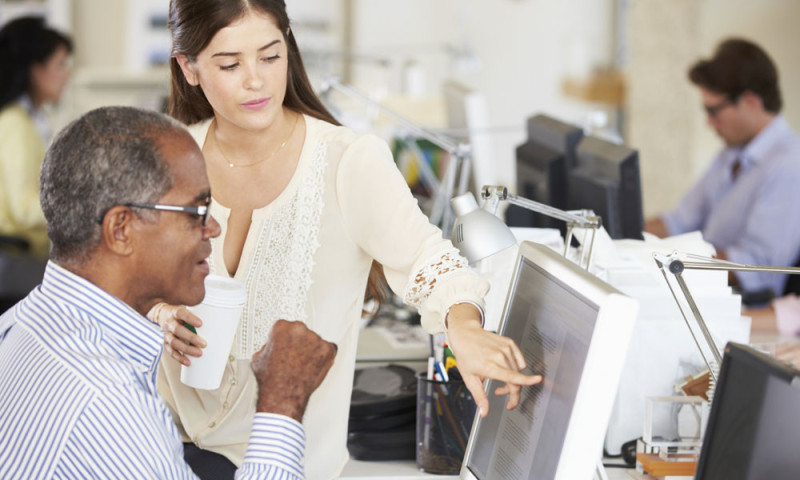 As job losses have devastated U.S. daily newspapers, the disparity between the percentage of Hispanics in the newsroom and in the general population has widened. That can affect coverage of issues important to Latinos and others. — The annual census by the American Society of News Editors shows that Latinos represent an even 4 percent of newsroom employees on daily papers, while comprising 17 percent of the U.S. population.

“Unfortunately, the focus on diversity has been another one of the casualties of the current industry upheaval,” says Rick Rodriguez , who became ASNE’s first Latino president in 2005 while serving as the Sacramento Bee’s executive editor. The office has a one-year term.

Hugo Balta, president of the National Association of Hispanic Journalists, added that hiring for diversity is “the right thing to do for business.”

“The more that decision makers and reporters represent the emerging majority, the more relevant these newspapers will be to their readers,” Balta explained.

Overall, non-Hispanic whites comprised nearly 88 percent of daily newsroom staffs last year. Media watchers doubt that non-white representation will match the general population for years, if ever, in light of the economic tumult rocking the industry. Total newsroom staffing decreased 37 percent — from 55,000 in 2006 to 38,000 in 2012.

ASNE sent its survey to 1,382 daily newspapers. From 978 responses, it extrapolated the likely ethnic representation among all papers within that same circulation range.

A total of 215 papers reported having at least one Latino on staff; 763 said they have none, said Ken Fleming, associate director of research at the University of Missouri’s Donald W. Reynolds Journalism Institute, who analyzed the data for ASNE.

In the last four years 569 Hispanics left the newsrooms of the country’s dailies.

“There has been a lot of talk about making the situation better, but there has not been a lot of energy,” says Mercedes Lynn de Uriarte, a journalism professor at the University of Texas in Austin who spent 10 years on The Los Angeles Times‘ editorial staff.

In 1978, when 15 percent of the U.S. population was non-white, ASNE committed to bring newsrooms to parity with the country’s ethnic composition by 2000. Then, only 4 percent of daily newsroom employees were non-white. From 2005 to 2012, the percentage of non-white journalists declined from 14 to 12 percent. ASNE pushed its parity deadline back to 2025.

Rodriguez, now the Carnegie journalism professor at Arizona State University, says he expects ASNE to fall further behind on its goal. “And that means that newsrooms won’t be in the best position to understand what is going on in their communities and to communicate that to readers.”

Even as the print industry contracts, the ethnic and alternative press — including Latino bloggers and websites — is expanding, de Uriarte says.

She was honored by Yale University in 2010 for breaking a barrier of her own in 1977, when she became the school’s first Latina graduate.