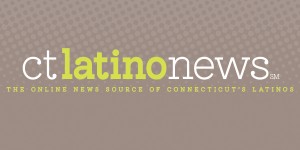 A review by CTLatinoNews.com into the number of tenured professors in the state’s four public universities, 12 community colleges, and the University of Connecticut has found that Latino professors don’t seem to be breaking through academia’s glass ceiling in significant numbers when it comes to attaining the coveted tenured faculty positions at these schools.

Latino professors at the University of Connecticut aren’t faring much better either; there are 43 full-time tenured Latino professors, about 4 percent of the 1083 tenured and tenure-track faculty at the main campus in Storrs and its branches.

The number of Latino tenured professor in Connecticut’s public colleges reflects what is happening nationally as well. According to a report from the National Education Association (NEA), while Latino student enrollment is on the rise, Latino faculty have not grown at the same rate, making up only 4 percent of tenured faculty nationwide, according to the report.

In Connecticut, John Curtis, national research director at the American Association of University Professors speaking on behalf of the UConn chapter, said “It’s something of an issue, yes. Diversity is proceeding very slowly, and in fact, the trend in the last two decades has been less and less minority hiring in general for full-time positions. It’s possible that Latinos are finding better opportunities outside of academia.”

Curtis adds that while individual colleges and universities are often attempting to hire more Latinos to tenure and tenure-track full-time positions, the overall numbers suggest that Latinos and other minority groups continue to find university jobs in mostly part-time capacities.

UConn spokesperson Stephanie Reitz said, “There’s been a big push for the retention and recruitment of Latino faculty, staff and students. There is a real emphasis on making sure we have a robust program, and on making sure we more closely reflect the state we’re in.”

Latinos make up about 16 percent of Connecticut’s population, according to U.S. Census data.

UConn has responded to the increased global interest in all things Latino by merging two Latin-centric departments and expanding their offerings, said Reitz. The new department, dubbed “El Intituto” is the offspring of the departments of Latin American and Carribean studies and the Institute of Puerto Rican studies and has resulted in more funding and additional Latino staff, according to Reitz. In 1986, Latinos at the Storrs campus made up 2 percent of the student body.

As of Fall 2012, UConn had 2,072 Latino students at the Storrs and regional campuses, excluding the UConn Health Center campus, or 7.78 percent.

Colleen Flanagan Johnson, spokesperson for the Board of Regents for Higher Education, which oversees the Connecticut State University system, said, “Our colleges and universities seek to hire faculty and staff whose life experiences, academic training, research and ability to connect with and support our students will help lead to increased success at our institutions and for the students. We understand how critical higher education is to the next generation of Connecticut’s workforce, many of whom will be of Hispanic or Latino heritage. It goes without saying that a diverse employee pool is as important as a diverse student body, and we are continually striving toward both.”

colleges, diversity, featured, tenured professors, universities
Previous Post Video: 'Lady Pink' uses the passion for her art to help teens express themselves
Next PostAn 'infographic' look at what climate change means for the planet and its residents

Video: 'Lady Pink' uses the passion for her art to help teens express themselves
1 Comment
An 'infographic' look at what climate change means for the planet and its residents