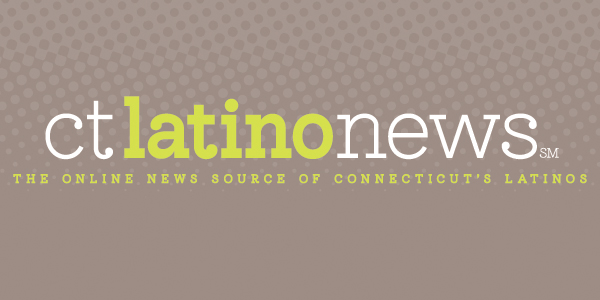 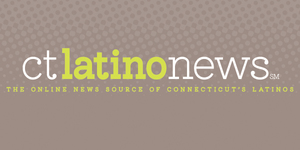 Carmelo Figueroa turned 50 this past Wednesday, Nov. 7. The military is the only life he has ever known. And, as a Latino, he says it could be a lot better.

Figueroa has spent 30 years with the Army: about half on active duty and almost the same on reserve, in other words most of his life. His father recently died and his mother, 72, has cancer. Figueroa never started a family of his own.

“The military has been my family,” he said. “But my real family – I’ve always kept my military service from my family.”

But Figueroa said the life of a soldier hasn’t been what it should be. The same Army that trained him to be a tanker in the Gulf War (where he survived driving over a mine) has also let the Hartford native down in some ways, he said. He wouldn’t say how, exactly, because he’s still in the reserves, due to retire with medical benefits in less than 400 days. 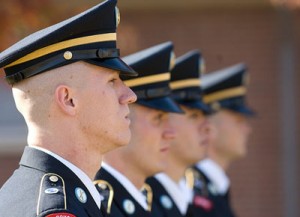 There’s a sense, though, that his country may not love him quite as much as a Latino soldier. Figueroa, a member of the board of directors of the Hispanic American Veterans of Connecticut (HAVOCT), said Latinos would never be fully embraced in the “ladder,” the military chain of command.

“Let me tell you something about Latinos – they don’t matter. How many Latinos we got in the ladder? Not enough, I tell you. We piss them off because we do things by the book. Am I happy? Absolutely not. As you look at the whole picture, these services should’ve been provided a long time ago.”

The Veterans’ Administration has come a long way since he entered basic training in 1982, going on to serve in the Gulf War from May to November 1991, he said.

John Garcia, deputy assistant secretary of intergovernment affairs for the VA in Washington, D.C., said those issues are well known by VA administrators and are being addressed. Garcia, a New Mexico native and Vietnam War veteran, said out of the nation’s 22,234,000 veterans, 1.3 million are Latino. The VA is working with Latino business and community leaders to get more jobs for Latino veterans, roofs over their heads and more Latinos on staff in VA positions.

“Hispanics have contributed to the growth of this country and have served it since the 1600s,” Garcia said. “And we know we’ve got to be culturally sensitive in our outreach.”

While there are people in the VA sensitive to Latino issues – and successfully providing Spanish-language material and benefits booklets – there is no effort to give special treatment to any one minority group, he said, but an effort to make all veterans equal in services and representation.

“There are 300,000 employees at the VA – but are there enough Latinos in top positions? Probably not,” he said. “There’s a targeted awareness of that.”

Providing Latino veterans with Spanish-language materials has been a big positive step forward, said Lesbia Nieves, president of the Hispanic American Veterans of Connecticut (HAVOCT). Nieves, an Army Major logitician who was recently activated to serve in Washington, D.C. in the International Affairs Division, has seen a lot of changes in her 25-plus years in the military.

“There’s been progress in making us Latinos and women, comfortable and accepted,” she said. “There’s also progress being made in being culturally sensitive.”

Nieves, born in Puerto Rico, said there are still issues not necessarily tied to Latinos that need to be addressed, like the lag time of up to 18 months for disability compensation and continuous change of primary care providers.

“As time progressed and technology progressed, then yes, America should be prepared to serve its vets. They are doing an adequate job in trying to find the right system to help veterans, but unfortunately, it’s not universal,” said Figueroa.

The VA still has work ahead to better serve its minority veterans, according to the Department of Veteran’s Affairs Advisory Committee on Minority Veterans. The committee’s 2011 report states that homelessness is a major problem and that the VA should “develop a targeted Hispanic outreach strategy to address the chronic underrepresentation of Hispanics in VA’s workforce, particularly those with targeted disabilities.”

“Although VA has made great progress in reducing homelessness, minorities continue…

homelessness, Latino soldiers, veterans
Previous Post Video: Latina filmmaker focuses lens on evolution of superheroines
Next PostThe future of the environment depends on what Obama does in the next four years

Video: Latina filmmaker focuses lens on evolution of superheroines
1 Comment
The future of the environment depends on what Obama does in the next four years