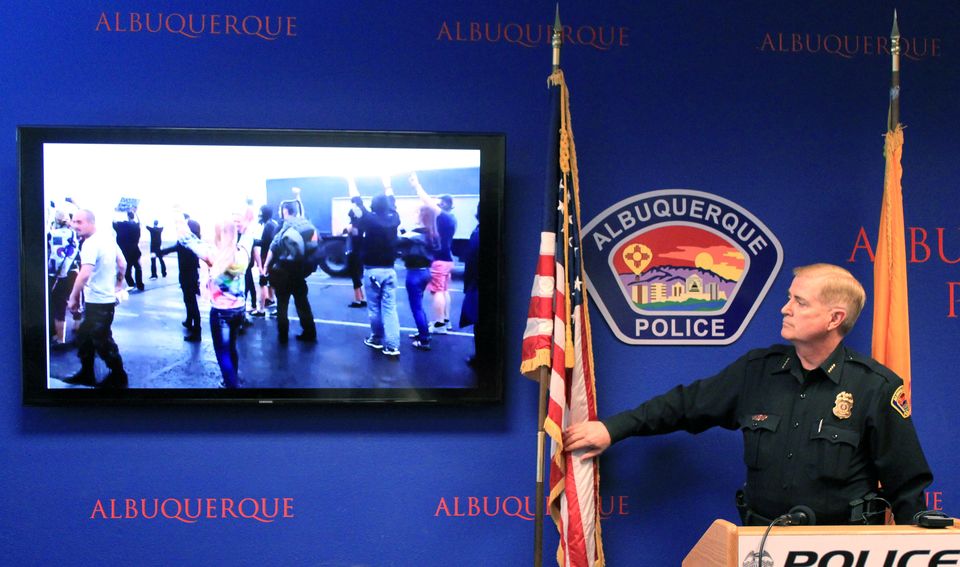 Albuquerque’s Wyoming Boulevard bustles on the edge of what some people call the War Zone and others name the International District. Both names really fit, but perhaps in ways not completely envisioned by the architects of popular lingo.

Here, the urban geography is imprinted with the social shrapnel of foreign and domestic wars, global migration and the cycles of capitalism. Gang conflicts, domestic violence, substance abuse, and prostitution have long rattled the zone, where many families nonetheless live, love, work and attempt to get ahead.

A rainbow of the human race inhabits this section of the city’s Southeast Heights-refugees from Southeast Asian wars, Native Americans from the reservations of Manifest Destiny, Mexicans from the collapsing campo and imploding cities of the NAFTA zone, struggling retirees from the USA of yesteryear.

Mobile homes house many residents of the low-income neighborhood, some of whom might seek spiritual solace at fundamentalist Christian churches or a Vietnamese Buddhist temple. A tall blonde transvestite in high heels struts up and down Wyoming and Central Avenue like the Prince- or Princess- of the Street.

Located on the east side of the Duke City, the streets offer snug glimpses of the Sandia Mountains. Decades ago refugees from the Dust Bowl climate disaster poured in from the other side of the mountains on their epic trek along old Route 66 (Central Avenue) to the golden dreams of California.

More recently, it’s been famished black bears streaming out of the drought-drenched Sandias and onto Albuquerque’s streets, where like some of their two-legged neighbors, they rustle through trash cans in a bid to survive.

This is the world where Mary Hawkes was shot and killed early on the morning of April 21, 2014.

According to the bits and pieces of information released by the Albuquerque Police Department (APD) to the local media this past week, the 19-year-old woman was a suspect in a truck theft.

Hawkes allegedly ran from a local trailer park around 6 am in the morning, turned around during the police pursuit and pointed a .32 caliber pistol at officer Jeremy Dear, who responded to the threat by shooting the young woman dead.

First Peruvian Quinoa Week about to kick off in New York, New Jersey
Comment
Uruguay: More than half of inmates study or work