Love knows no boundaries for couples divided by the U.S.-Mexico border 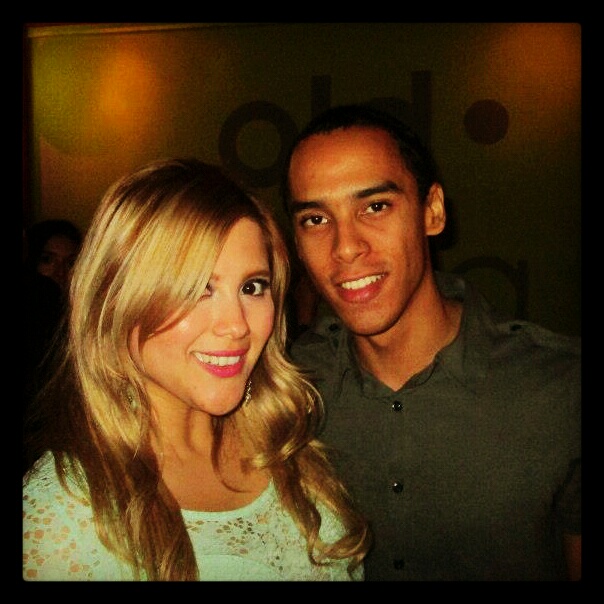 EL PASO – Although El Paso and Juárez are sister cities, they are divided by differences and obstacles that present real-life challenges to unmarried couples whose relationships straddle the border.

Three couples, all in their 20s, discuss their transnational relationships, explaining how they wish they could live in the same city with their partners and even though they speak the same language they still clash over differences in lifestyle. However, these committed relationships seem to be strong.

Gina Nuñez-Mchiri, associate professor of sociology at UTEP, said, “I would say that love knows no boundaries, but boundaries are real, right? But it’s love that makes you resilient and hopeful, and people find ways.”

The testimony of these three couples lovingly expresses the adage “where there’s a will, there’s a way.”

Argueta is from Juárez, Mexico, and Sanchez is from Colombia.

They met in a restaurant in February of last year at a mutual friend’s party. Argueta had already graduated from the University of Texas at El Paso with a master’s in Latin American and border studies, and Sanchez was pursuing a doctorate degree for applied math at UTEP, which he expects to obtain this May.

“She’s a very cute girl, very friendly, and loyal,” Sanchez said about Argueta. “One thing that really got me is that she cares about her family. She’s hardworking, and she’s a very good friend.”

After dating for less than a month, they officially became a couple. At first, they were seeing each other daily because Argueta had been living in El Paso at the time with a student visa.

Five months later, her visa expired. So she returned to Juárez to live with her mother and is working as a communication professor at Monterrey Tech College at Juarez.

Now, Argueta and Sanchez see each other on a weekly basis. But they, mostly in Spanish, communicate everyday through text messaging, phone calls, Skype, Facebook, and email. She goes to El Paso in the weekends or he goes to Juárez.

“Imagine a Colombian crossing over to Juárez and going back to El Paso,” Argueta said. “With all that’s going on with the drug cartels, people keep asking him, ‘What were you doing in Juárez?’ I never thought I’d have a Colombian boyfriend.”

Argueta said that she acknowledges that their relationship is not long distance, but finding time to see each other can be complicated, and the Border Patrol does not make it easy.

“Sometimes, I had to cross through the regular bridge and they [Border Patrol] were pretty rude,” Argueta said. “They were like, ‘why are you crossing so frequently? Do you work here? Do you do business here?’ They were really rude.”

Sanchez said that he has also had his share of Border Patrol frustrations. Because of his Colombian citizenship, the Border Patrol tends to question him more intensely, Sanchez said. They ask him what he was doing in Juárez, and then they call in another officer to double check his papers.

By crossing on foot, he has had to wait from 15 minutes to three hours, depending on the number of people crossing.

Argueta said that she has tried to find work in El Paso, but her citizenship status has been an obstacle.

“They [employers] ask me, ‘what makes you so special that an American citizen doesn’t have? Why should we sponsor you when we have some [work] candidates with your same profile, but are U.S. citizens?’” Argueta said.

According to the U.S. Department of Labor website, obtaining a green card for an employee is a multi-step process that requires legal fees and several approvals from the government. Also, there’s a quota, and the employer must confirm that no U.S. citizen qualifies for the position.

After graduating, Sanchez will be conducting post-doctorate research at UTEP. This means that he and Argueta will have to continue to cross the border to see each other.

“This kind of relationship makes you appreciate more of what you have with that person,” Argueta said. “When you’re together, you have to enjoy the day because you don’t know when you’re going to see him again.”

“If you’re willing to do it, then you’ll figure it out,” Sanchez said. “If you have to cross the border, then that’s fine. I wasn’t going to Juárez regularly before I met Mirel. Now I go frequently to see her.”

“People have told me that long-distance relationships don’t work, but I’ve been with Vanessa for eight years, and we…

Finish reading Love knows no boundaries for couples divided by the U.S.-Mexico border