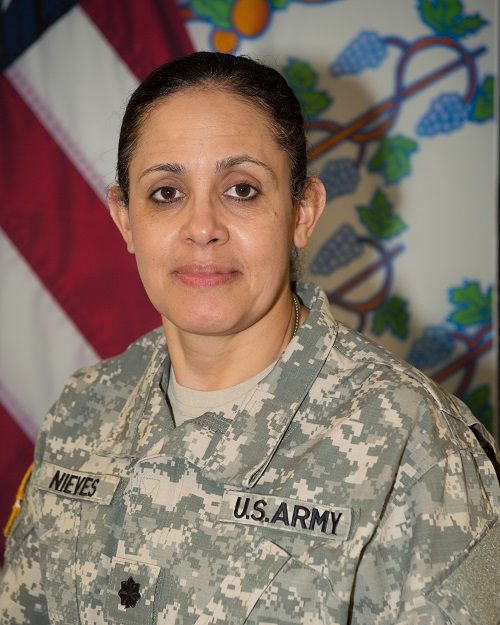 Lt. Col. Lesbia Nieves says the most important thing she has learned from serving in the military is “If you dream and dream big, anything is possible.”

Now, Nieves is the first Hispanic woman to serve as Lieutenant Colonel in the Connecticut Army National Guard and has recently received another prestigious honor. She has been chosen to serve as one of three honorary grand marshals in this year’s Connecticut Veterans Parade, the biggest veterans parade in New England and one of the largest in the country.

Nieves was chosen for her work on behalf of veterans since she returned from Iraq. “To me, it means that my sacrifices, challenges, commitment, and hard work have not gone unnoticed. People are taking notice of all my contributions. I am able to continue to educate and advocate for veterans and be a role model in the Latino community.” She said being chosen gives her “a lot of pride and honor,” said Nieves.

The military has been a life-long interest of Nieves. She participated in the Air Force ROTC program for three years in high school in Massachusetts. “It was an interest I had very early on. It gave me a sense of unity and belonging,” she said. “The military has always had a very important role in my life.”

A member of the Connecticut Army National Guard since 1987 and a graduate of the Officer Candidate School, she has held many leadership positions before being promoted to her current rank in April 2014.

Her success in the military however has come with challenges during her service. “As a Latina…