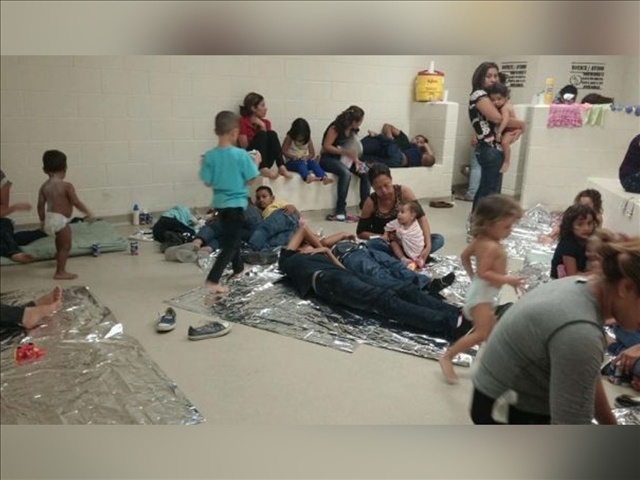 In a July 24 telephonic press conference hosted by the National Immigration Law Center, representatives of an advocates’ group that were allowed to conduct a short visit July 22 of the Federal Law Enforcement Training Center (FLTEC) in Artesia, New Mexico, where hundreds of Central American women and children are being held, detailed a laundry list of grievances.

In comments to reporters, advocates said women and children were held in crowded conditions; not adequately informed of their due process rights or given timely access to legal counsel, as per U.S. refugee law; hustled through deportation proceedings; and forced to read complex forms in English. Additionally, serious concerns were raised about the physical and emotional health of children and their mothers.

“Given the egregious due process violations, the administration must cease any deportations from Artesia until we can guarantee that each individual’s due process rights are being safeguarded,” Hincapie demanded.

She urged the Obama administration to enact a moratorium on deportations while seeking alternatives to detention. The immigrant rights activist said visiting Artesia required a court order to allow advocates access to the mothers and their children.

Backed by a Los Angeles federal court, representatives of 22 organizations from New Mexico and other states, including lawyers and legal workers, held two separate meetings with detainees. Members of the legal team interviewed more than two dozen detained women, many of whom said U.S. officials told them that they would be immediately deported, according to Hincapie.

#LatinaLista, abuse, deportations, detention facilities, immigrants
Previous Post Video: Central American governments play their own blame game explaining why their children are fleeing to U.S.
Next PostVIDEO: With climate change worsening, hope is but a tree away

Video: Central American governments play their own blame game explaining why their children are fleeing to U.S.
Comment
VIDEO: With climate change worsening, hope is but a tree away