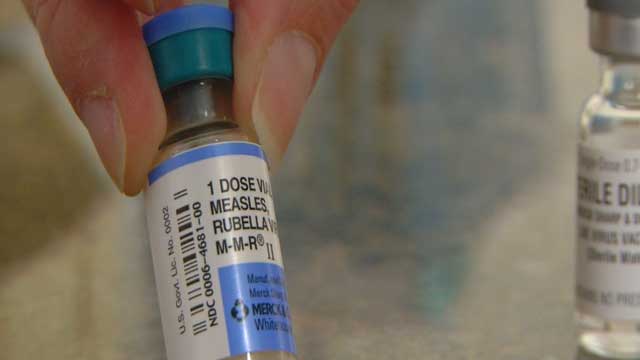 As measles cases rise in nearby states, Oklahoma schools are seeing increasing percentages of kindergarteners walk into their classrooms without required immunization shots, according to survey data from the Oklahoma State Department of Health.

Records show the percentage of kindergarteners whose families have claimed an immunization exemption under state law doubled from 0.7 percent in the 2005-2006 school year to 1.4 percent, or at least 572 students, in 2013-2014.

In Oklahoma City Public Schools, the state’s largest district with nearly 45,000 students, officials say it’s a matter time before measles arrives in the district, especially with outbreaks in neighboring Kansas, Texas and Missouri earlier this year.

The district has been compiling a list of students with vaccination exemptions since March of last year and now has 142 students in all grades on the list.

“We want to know who these students are,” District Health Administrator Debbie Johnson said. “In the event we have an outbreak, which I am anticipating, we will keep these students at home.”

Tulsa Public Schools has 502 students on its exemption list and will also keep those students home should an outbreak occur, said Pam Butler, director of health services.

Both districts would coordinate their response with state and county health departments.

Oklahoma’s rate of immunization exemptions is…

Video: Nicolas' Dicho - Just when we think we are so tough
Comment
Rutgers University Awards Scholarship to Undocumented Student Activist