Message Goes Out to Low-Income Parents: Talk to Teach 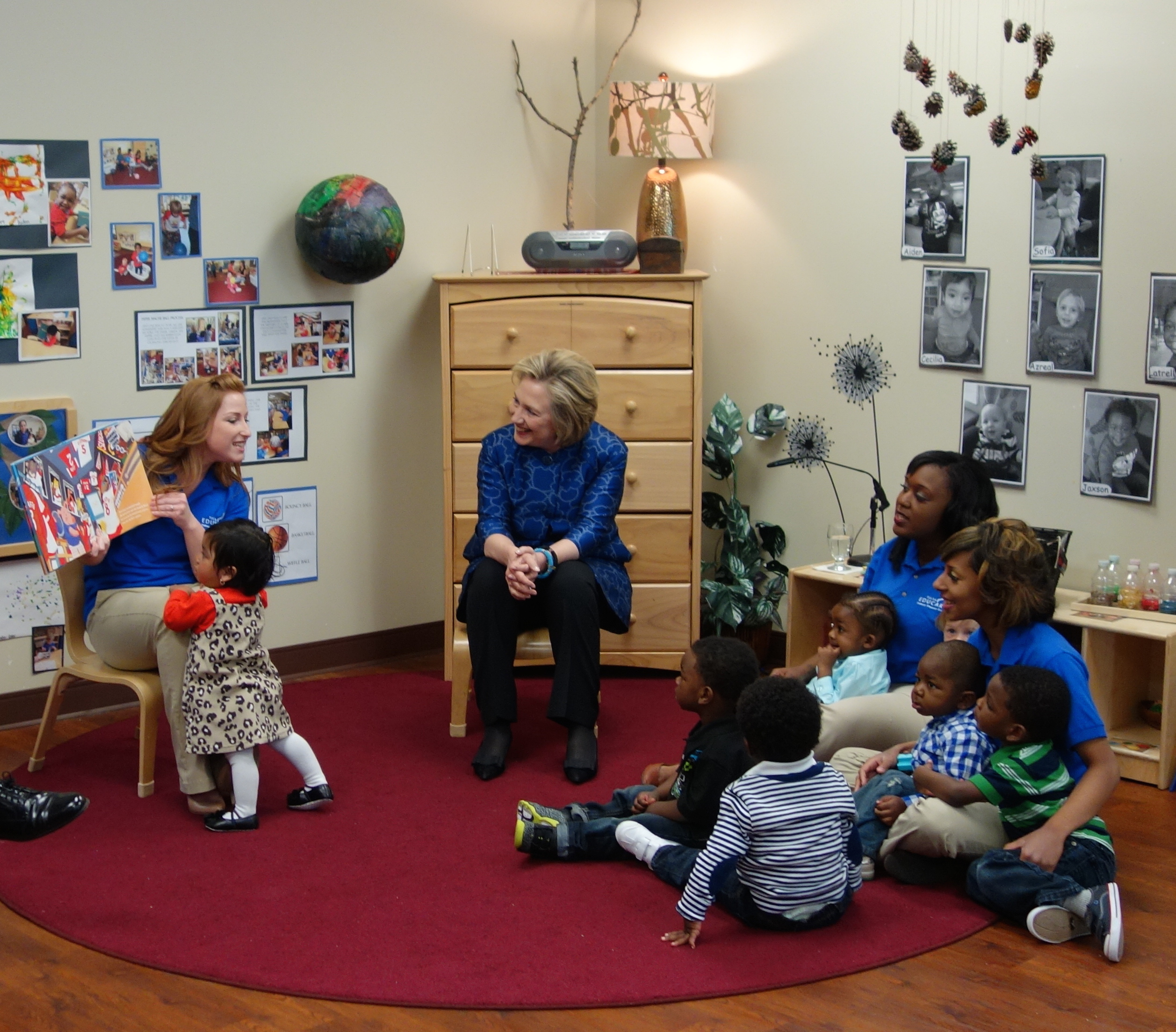 Tulsa is ground zero for a new early-childhood education campaign that seeks to get more parents reading or talking with their children, even if they are too young to understand.

Nearly $1.5 million will be spent in Tulsa starting this spring to raise awareness about the importance of talking to children at a younger age.

Advocates for the program see it as a key to closing the academic achievement gap, in which students who are minority or in poverty score lower on assessments than their white or middle-class peers.

The program was officially unveiled Monday, with former Secretary of State Hillary Clinton attending to speak in support and talk about its expected impact.

Tulsa is the first city in the nation to implement the campaign, which was created by a California-based education group, Next Generation, and the Bill, Hillary and Chelsea Clinton Foundation. The program is expected to expand into the California cities of Oakland and San Jose next.

Marcell Lyles of Tulsa, who attended the event, is one of the parents the program is targeting. Lyles is applying the concept to his two sons, aged 2 and 3. He said the concept of talking to teach children sounds easy, and, in fact, it is. But he has seen it feed his children’s appetite to learn.

“I talk to them about what I see or what I’m doing,” Lyles said. “Simple stuff like that’s a car or a truck. Then I give them harder questions. I will ask them what this item is, and what sound it makes. They learn so much.”

In Tulsa, signs and posters will go up in grocery stores and on buses this spring that remind parents to take the time to talk, read or sing with their children each day. Libraries, businesses and educators, such as those at Tulsa’s Educare facilities, will also work to encourage parents to read and talk with their children at home.

(Featured Photo: Former First Lady Hillary Clinton watches as an early childhood class at Educare #2 in Tulsa goes through the pages of a picture book. Clinton was in Tulsa to help unveil “Talking is Teaching,” a campaign meant to encourage parents to read, sing or talk with their children at an early age. Photo Credit: Nate Robson)