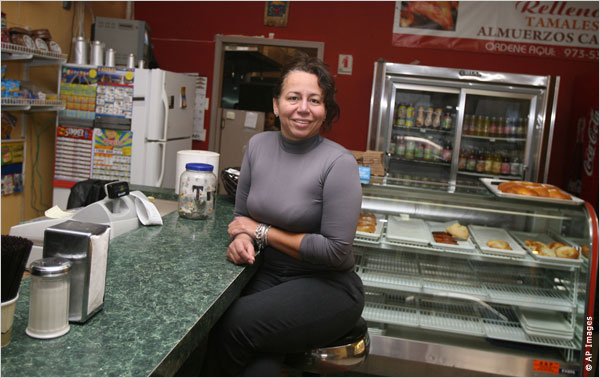 Entrepreneurial activity in the United States is in a historic slump, according to Gallup and the Ewing Marion Kauffman Foundation for Entrepreneurship. But you’d never know it by looking at the data on Latina entrepreneurs. Latinas are the fastest growing cohort in the U.S. women’s entrepreneurial arena.

According to The State of Women-Owned Businesses 2014, a report commissioned by American Express OPEN, the number of Latina-owned firms has more than tripled since 1997 (up 206 percent), their employment has risen 85 percent and their revenues have more than doubled (up 160 percent).

Anecdotal evidence indicates that many of these Latina business owners began their entrepreneurial endeavors in their 40s and 50s.

Eager to understand this cultural phenomenon, I interviewed Yesi Morillo-Gual, a 40-plus Dominican-American serial entrepreneur and founder of Proud To Be Latina (PTBL), a personal and professional development network aimed at helping Latinas “rise to their full potential.” PTBL’s target audience is middle-management Latinas in corporate America, most of them in their 40s to 60s.

I started by asking her: “Are there unique strengths inherent in their cultural backgrounds that make Latinas predisposed to think and act entrepreneurially?”

She was quick to correct my perception that Latinas (and immigrants) in general) look to their communities for support and have an innate desire to help one another.

“They may live in communities to ease their way into a new culture,” Morillo-Gual said, “but they are still fiercely competitive within those communities. My own mother, for example, who immigrated to America from the Dominican Republic, was opposed to my success. She said I was supposed to be subservient—not a businesswoman.”

Far more relevant, she noted, was that…

entrepreneurs, featured, midlife Latinas
Previous Post Website keeps Mexicans aware of acts of violence in state of Jalisco
Next PostCrowdfunder: Granjeros - A Board Game for a New Economy

Website keeps Mexicans aware of acts of violence in state of Jalisco
Comment
Crowdfunder: Granjeros - A Board Game for a New Economy