Sandra Cisneros Lets Us In “Her House” 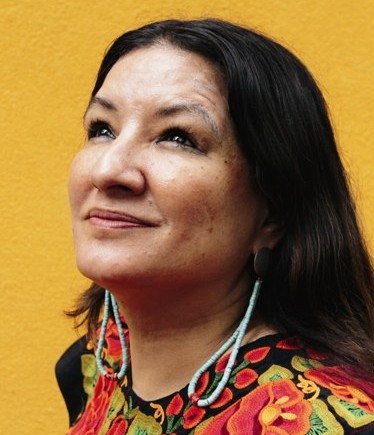 She may not be writing her stories on typewriters these days, but author Sandra Cisneros has never stopped writing. She only has one requirement to do so though, and that’s a space of her own where she can be comfortable enough to let the words flow from her pen. In her new book, “A House of My Own-Stories from My Life,” Cisneros shared many of these moments. In this, her collection of essays, Cisneros lets readers into her private spaces, from Greece to Chiapas, Mexico.

“People think I only write when a book comes out,” she told EXTRA via a telephone interview from New Mexico. “When I was writing ”House,” I was writing ”Wicked Ways” too; and then in my 30s, I took a job in Texas and I was the director of a literature program and I found myself with writers and started interviewing them,” she added, sprinkling Spanish here and there to express herself. “Things were all over the place, and I knew they were hard to find and I was losing them, and I wanted them all in one place,” she added, regarding her latest work. 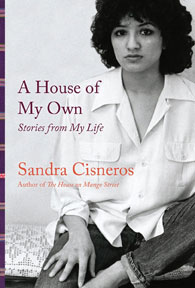 “It’s hard for me to work when I don’t have my own space and quiet and I have been living in an interim apartment right now waiting for my house to be ready. I cannot understand working at airports. I don’t want to wear a bra or tight shoes, just my huipil,” a traditional dress worn by indigenous women in Central Mexico, and one of Cisneros’ favorite items. She added, “And barefoot, sitting at a table where no one can interrupt me for six hours. When I’m on the road, I jot notes until I get home.”

She related how, over the years, she had to borrow typewriters while traveling, “I had fights over typewriters and in Chiapas used them at the typing school,” she said. “In the meantime, I used a piece of paper and a pen, just to revise. When I needed a clean final copy, I needed a typewriter,” she reminisced.

When asked how she finally got the courage to leave her parent’s home as a young woman in a traditional Mexican family, she said, “I kind of just did it poco a poco (little by little). I wasn’t that brave; I was just going to go away to graduate school. I gently disobeyed my father. I picked a grad school that was out of Chicago. I liked living alone. I told my father I needed quiet. I had to fight with my father for that space. I compromised and I ended up living in the basement of a building he owned and my brother lived two floors above, but he turned out to be worse than my father,” she shared.

Often classified as a Chicana writer, Cisneros said that she…

Finish reading Sandra Cisneros Lets Us In "Her House"