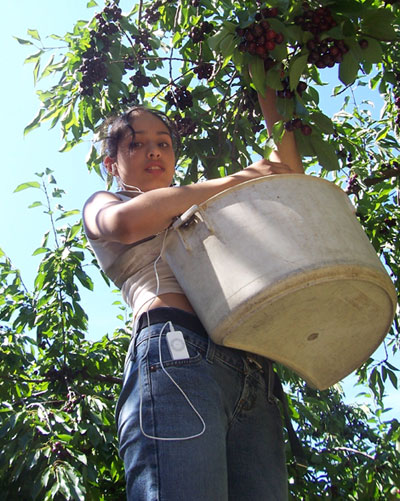 Migrant students in Georgia are held to the same Common Core Georgia Performance Standards that all students are to meet and education professionals work hard to help them overcome the special barriers they face because of language and cultural differences as well as their parent’s mobile migrant lifestyles.

According to GSU event coordinator Judy Hendrix-Poole, the summer camp had two goals.

“We wanted these students to experience what it’s like to live in a college campus environment so they become comfortable with the idea of attending college themselves,” she said. “We also wanted to give them an additional boost in some of their core academic subjects.”

The students, from grades 6 through 8, participated in daily academic-enrichment activities in core subjects like math, language arts and writing but also had time for lots of fun activities including ceramic art classes led by GSU art professor, Kimberly Riner.

“We wanted them to work with three dimensional materials so I gave each student air-dry clay and painting supplies,” she said. “I encouraged them to create art that represented something important in their lives.”

Throughout the week, GSU professors were assisted by members of Georgia Southern University’s Association of Latin American Students (ALAS) who served as camp counselors. The camp’s final day was filled with a mixture of smiles and tears as students hosted an art exhibit for their families and friends and said goodbye to newfound friends.

Margarita Muñoz, who serves as the Region One coordinator for MEP, passed a microphone around the room as each student described his/her art project. She said the summer school program was focused on students who fit a special profile for the Georgia MEP.

“We had around 100 students apply for the summer school program but could only accommodate 24 of them,” Muñoz said. “We give special priority to those migrant students who…