The Mystery of the Lost Latino Pop Stars 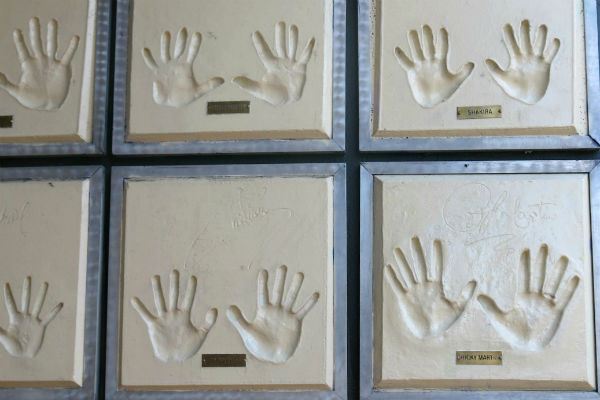 A little bit of Shakira, Ricky Martin, Celia Cruz, Vicente Fernandez and other icons of Latin pop music have disappeared from the Mission. Though, if you walked by quickly enough, you may not have even known they were there.

Before it was a T-Mobile store, the big corner storefront at the corner of 20th and Mission was Ritmo Latino. Open since 1990, the record store’s entryway had been adorned with handprints and signatures of Latino music stars in the mid 1990s. It was like a mini Grauman’s Chinese Theater on Mission Street, but instead of Marilyn Monroe’s hands there was Tito Puente’s.

And now, they are gone.

“I was pretty disappointed to see them go. That was the main attraction of this store,” said T-Mobile employee Mimi Mendez.

Even after 2009, when Ritmo Latino’s owner David Massry partnered with T-Mobile to turn locations of his Latino music store into cell phone retailers, the plaques stayed put. It was only in the last few weeks that workers came in to take the handprints away, says Mendez. In their place is a painted-over wall and a small, lingering gold plaque that says: “Huellas Originales Dedicados a Ritmo Latino de Artistas Famosas.”

Finish reading The Mystery of the Lost Latino Pop Stars