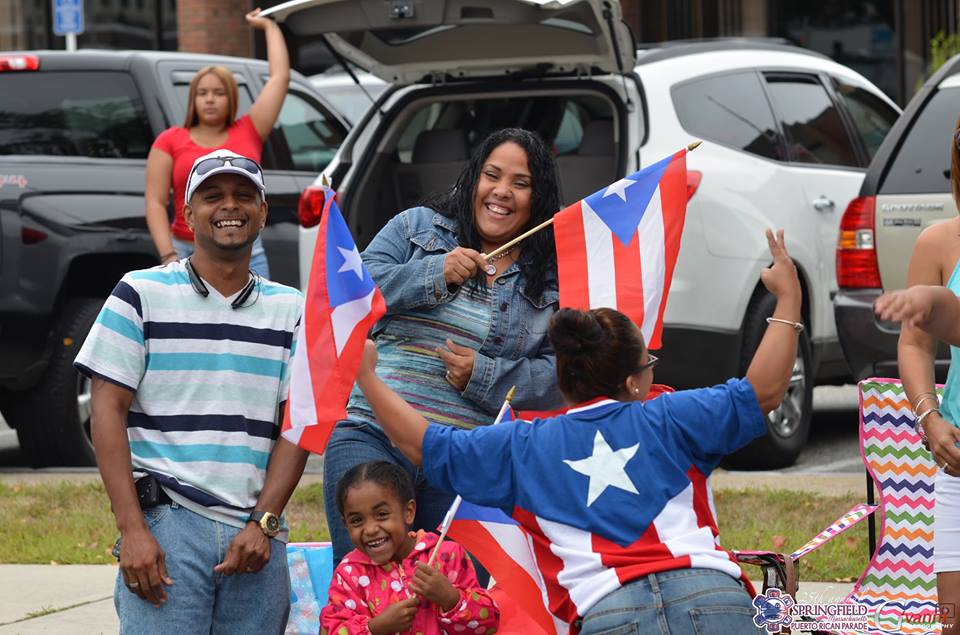 The origin of the Springfield Puerto Rican Parade is somewhat of a legend, passed down through parade organizers.

As the story goes, when Hurricane Hugo struck Puerto Rico in 1989, nearly 28,000 people were left homeless and damages exceeded one billion dollars. Thousands of miles away, a group of local residents in the city of Springfield gathered with the hope of assisting their brothers and sisters.

“Something strange happened in our hearts and we realized we were one community divided by water,” Gumersindo Gomez (parade founding member) told parade organizing protégé, Lucila J. Santana, in 2010.

Over the years the parade has grown exponentially. Santana, now part of the Springfield Puerto Rican Parade Planning Team and Springfield Public Schools Public Relations Coordinator, says that this year’s parade was tremendously successful and that: “It was certainly historical.”

An estimated 6,000 people gathered to watch this year’s parade. Over 120 marching contingencies signed up to march, more than any in preceding years, and each group numbered anywhere from 20 to 250 participants. Participants flocked from as far as Boston and New York. And there were more floats than ever before.

This is the second year the Parade Planning Team–a group of relatively young professionals from the area who volunteer their time—have organized the parade. Last year, the Puerto Rican Cultural Center passed on the baton to the team. According to Santana, the team deeply cares about the community and works year round to organize the parade.

With the current economic struggle in Puerto Rico, this year’s parade…

Twitter just supersized the way photos appear on your timeline
Comment
Crowdfunder: Educating nation's kids on the dangers of sugar