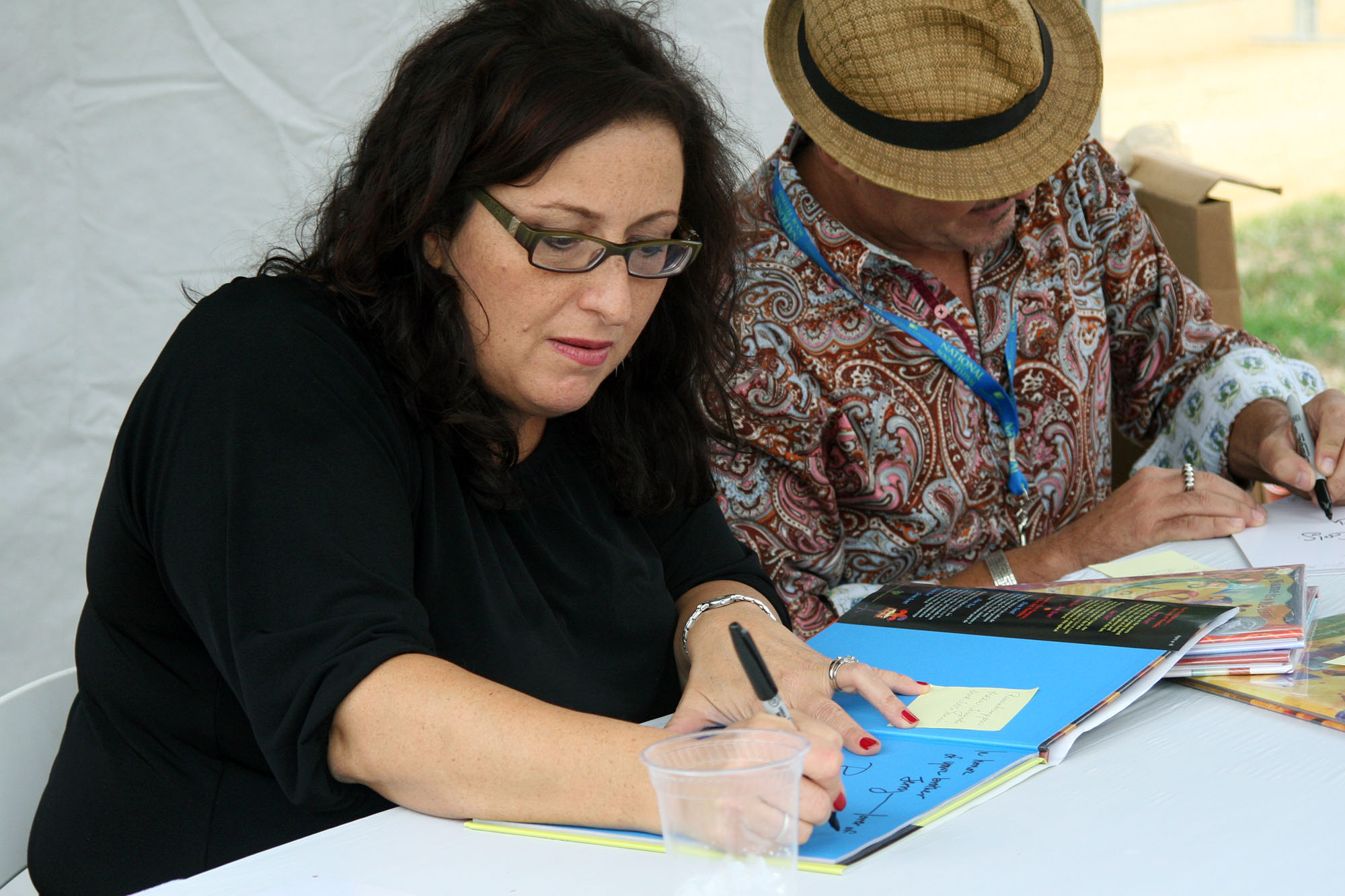 WASHINGTON – Monica Brown looked out at her audience at the National Book Festival and saw a mix of faces, races, ages and backgrounds – just the way she wants it to be.

Brown, an English professor at Northern Arizona University, writes children’s books that are inspired by her Peruvian and American heritage. Even though she writes in English and Spanish about Latino characters and themes, she hopes everyone can enjoy her books.

“Latino and Latina children love seeing their faces in our books, and non-Latinos love to walk in the shoes of other people and learn more about the world,” Brown said.

She was one of more than 100 authors at the annual festival this weekend on the National Mall. Brown, who appeared Saturday, was there to promote her new book “Tito Puente, Mambo King/Tito Puente, Rey del Mambo,” with illustrator Rafael Lopez.

To capture the vibrancy and rhythm of Latin superstar Puente’s music in picture and word, Brown actually paced the story in the 2013 book to the beat of a rumba, while Lopez painted as he listened to Puente’s music.

It was not the first time the two collaborated on a story about Latin music icons – or the first time Brown let the rhythm of the music dictate her writing.

The book, about Cuban-American salsa artist Celia Cruz, won the Americas Award for Children’s Literature. It’s not the only praise Brown’s work has received.

“They are not only biographies about people, but they make them really fun,” said Haley Armstrong, 8, who heard Brown speak Friday at her Spanish-language immersion school in Arlington, Va.

Haley, who said she likes learning about people and practicing her Spanish at the same time, came to have Brown sign a copy of her book Saturday.

But children were not the only ones who came to see Brown.

Geri Ramos Morton, a children’s librarian in Fairfax County, Va., came to the festival to meet Brown and Lopez because she uses their books to teach children the importance of learning about other cultures.

“It’s important for the children to see and respect the cultures of the people around them,” she said.

Morton, who is half-Latina, said she never saw references to her culture in books when she was growing up, which is why she is always on the lookout for good multicultural literature.

When writing her books, Brown tries to not only entertain but also to educate, creating curriculum plans to go along with her books so teachers can use them in their classrooms.

She works with educators to create activity-based lesson plans for her books. She said books with fun illustrations and creative language can be more approachable to children and can be a way to bring more art into the classroom.

For the Puente book, for example, Brown says teachers can talk about onomatopoeia – words that imitate sounds – because the book features words like “boom” and “crunch.” The curriculum guide suggests having students identify all the “sound words” in the book and think of other words that describe sound.

“A lot of the kids aren’t just about listening to the words,” Lopez said, but by using words that make music, it is a great way to get their attention and it lets children participate in the story.

Which is just the way Brown wants it to be.

“I’m a teacher and a mom and I think the way to encourage literacy and critical thinking and reading and writing is not just through textbooks, but through creativity and the imagination,” Brown said.