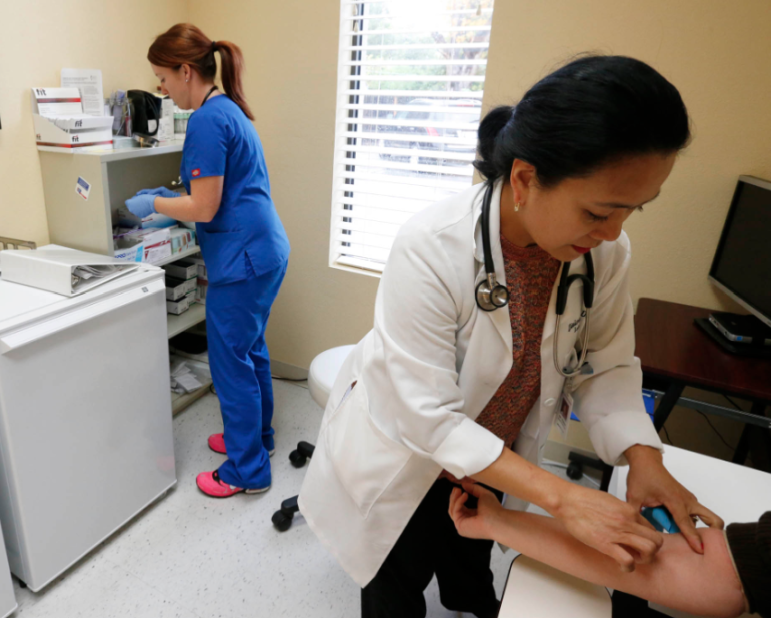 Despite a congressman’s recent assurance that many hospitals “do the work for free,” Oklahoma’s hospitals spend less than 3 percent of their net patient revenues on charity care on average, records show.

During a town hall meeting last month, Second District Congressman Markwayne Mullin, R-Okla., assured callers worried about the uninsured: “There are a lot of hospitals out there that do the work for free.”

While records show nearly all Oklahoma hospitals report providing some free care, only a small portion of hospital revenue on average goes toward such care.

The federal financial reports for 117 hospitals in the state were obtained by Oklahoma Watch and analyzed and reported with the Tulsa World. The data was compiled from hospital cost reports obtained from the Centers for Medicare and Medicaid Services and cost-report data collected by the American Hospital Directory.

Charity care is treatment, often for the uninsured, for which a hospital does not expect to get payment.

There is no federal minimum requirement for the amount of charity care that tax-exempt hospitals must provide. Nonprofit hospitals simply must list the community benefits they provide in order to maintain their federal tax-exempt status.

Those benefits can include shortfalls from treating Medicaid patients, spending on medical research and programs to improve community health.

Additionally, 23 states require hospitals to provide a community benefit, and at least five states, including Texas, require them to provide a set minimum amount of charity care in exchange for their tax exemption. Texas requires nonprofit and publicly owned hospitals to provide charity care equal to at least 4 percent of net patient revenue and an additional 1 percent in other community benefits.

healthcare, hospital, indigent care
Previous Post Why Your Family Needs to Talk About Caregiving Today
Next PostPolluters Lose, Communities Win — and People have a Greater Voice

Why Your Family Needs to Talk About Caregiving Today
Comment
Polluters Lose, Communities Win — and People have a Greater Voice