At Oklahoma State Capitol, Barely a Murmur of Hispanic Voices 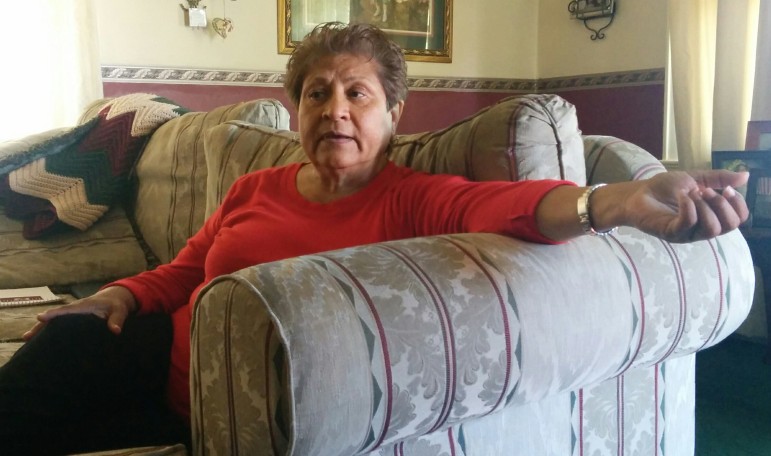 Mary Sosa’s campaign is over.

The yard signs have been taken down. The volunteers have gone home. The retired 65-year-old city employee has returned to her work as a community volunteer.

But for Sosa and some south Oklahoma City Hispanic leaders, the sting and bitterness over an unexpected defeat in the Democratic primary runoff for a state House seat still lingers.

Sosa’s defeat surprised her and supporters partly because House District 89 has the highest share of Hispanics in the state, at 61 percent in 2010.

Her loss in in the district, which is west of the historic Capitol Hill area, also represents a larger trend: the lack of Hispanics in the Oklahoma Legislature.

Among 149 House and Senate members, only one identifies himself as Hispanic, Rep. Charles Ortega, R-Altus. Another lawmaker, state Sen. Anthony Sykes, R-Moore, is the son of a Hispanic woman, but his website and Facebook page do not refer to his ethnicity.

The small number of Hispanic legislators stands in stark contrast to Hispanics’ share of the state population. Hispanics comprise nearly 10 percent of Oklahoma residents, making them the largest minority group, according to the U.S. Census Bureau’s 2013 estimates.

But head counts don’t seal elections. In Sosa’s case, she lost by a wide margin in a low-turnout runoff, 395 to 258. The winner was 21-year-old Shane Stone, a non-Hispanic White who had moved back to the district in 2013.

For Carlos Ortiz, editor of the weekly Spanish-language newspaper, El Nacional, the results were a sad commentary on the number of Hispanics who cast ballots. “Qué vergüenza! (How shameful!)” the paper declared in a large front-page headline, referring to the low turnout.

We are trying to get more representation,” Ortiz said. “People have to vote. The community must participate.”

Other factors also were involved…

(Featured Photo: Mary Sosa, who campaigned for the Oklahoma House of Representatives, said the Hispanic community must do more to encourage its residents to run for office. Photo Credit: M. Scott Carter/Oklahoma Watch)