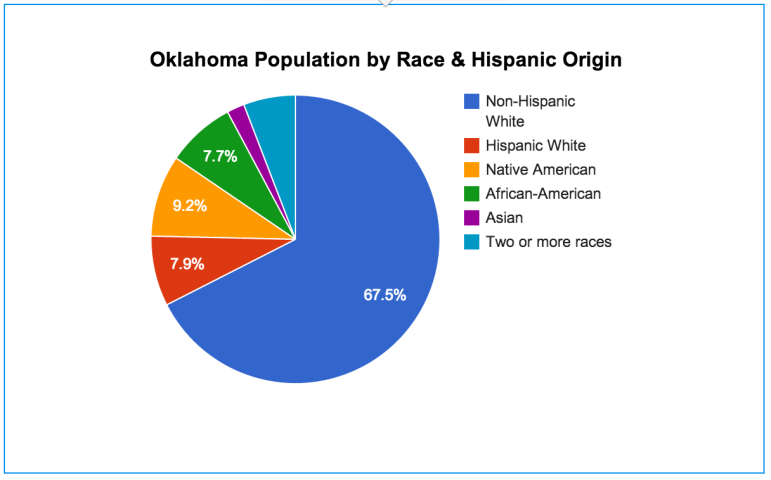 Oklahoma is one of only seven states that grew younger last year, thanks in part to an influx of 20-something oilfield workers, newly-released Census Bureau data shows.

The Sooner State also became slightly more Hispanic, as a higher birthrate within that population group more than offset a leveling-off of new arrivals from Mexico and other countries, Census officials said.

Oklahoma barely made the list of states that managed to reverse the aging process. The median age ticked down to 36.2 years on July 1, 2013, a minuscule 0.007-year reduction from a year earlier.

That means a median-aged Oklahoman was about 2½ days younger last year than his or her counterpart in 2012.

Like Oklahoma, most of the other states where the median age declined are major energy producers. North Dakota led the list with a decline of 0.6 years, followed by Alaska, South Dakota, Hawaii, Montana, Wyoming and Oklahoma.

“The population in the Great Plains energy boom states is becoming younger and more male as workers move in seeking employment in the oil and gas industry, while the U.S. as a whole continues to age as the youngest of the baby boom generation enters their 50s.”