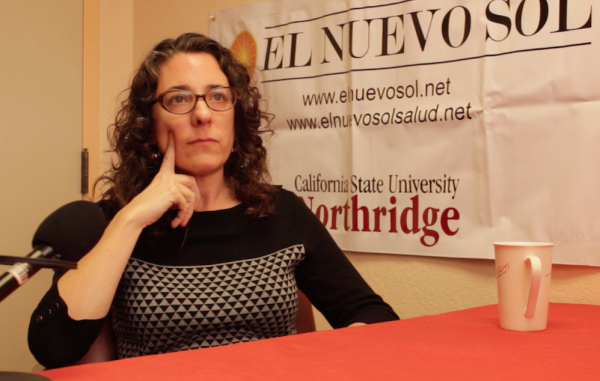 “The people who tell the stories are usually the people who win or the powerful ones, but there’s always people who are not powerful and don’t have a voice,” said Melissa Del Bosque, a reporter for the Texas Observer covering the El Paso – Juarez border.

CSUN had the honor of having this reporter share with journalism students, professors and other spectators, some of her experiences and cruel stories that are happening every day on the Mexico-U.S. border.

In recent years, many reporters are being known for writing about drug cartels and the physical violence that drug trafficking brings with it. It is a difficult task to have the courage to write about the economic violence from which the Mexican border and its people have been victims of.

Del Bosque, has been devoting her work to create awareness on the injustice, brutality and violence that is happening in the Mexico-U.S. borders of the states of Chihuahua, Coahuila, Nuevo Leon and Tamaulipas.

Tamaulipas is the state where she has been a witness of her most controversial stories.

The Movimiento por la Paz con Justicia y Dignidad reported in 2012 that since the conflict began in 2006 with Felipe Calderon’s presidency, there were an estimated report of 80,000 deaths, 20,000 people disappeared and 250,000 people displaced. These numbers are constantly changing.