Latina Lista: News from the Latinx perspective > Local News > South > Out of the shadows at last

Out of the shadows at last

Cinthia Godoy, age 17, was just two-years-old when her family moved from Acapulco, Mexico to the United States. Although Spanish was her first language, she quickly immersed herself in the new culture and now speaks English with the soft drawl typical of most South Carolina teenagers.

Her uncle, Chris Medina, age 19, moved to Ridgeland, South Carolina from Mexico when he was just three-years-old and graduated from Ridgeland High School last year. Chris was a good student but didn’t see much of a future for himself so he got part-time jobs working in his family’s Ridgeland restaurant, the Taqueria Rocio, and helping with his brother’s landscape business. 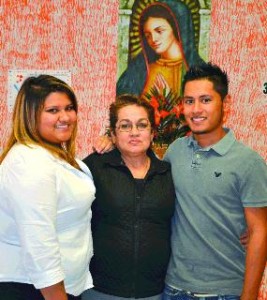 Today, Cinthia and Chris walk around their hometown of Ridgeland, South Carolina with perpetual grins and big plans for the future – all because of a sudden and drastic change in their legal status.

Because these young people came to the U.S. without visas or valid passports, they have spent the past 15 years living in legal limbo, a shadowy no man’s land that allowed them to attend public schools but granted them none of the privileges afforded to their friends and classmates.

But thanks to a new immigration policy initiated by President Barack Obama and instituted by Secretary of the Department of Homeland Security (DHS) Janet Napolitano this past summer, young immigrants like Cinthia and Chris were granted the right to request discretionary relief from removal?a policy known as Deferred Action for Childhood Arrivals or DACA.

They also owe their new legal status, in part, to thousands of other young undocumented immigrants across the United States who had the courage to step out into the public spotlight and protest while the US Congress debated the merits of the DREAM Act, a legislative proposal that would create a pathway to U.S. citizenship for young people who came to the United States as children…

Finish reading Out of the shadows at last