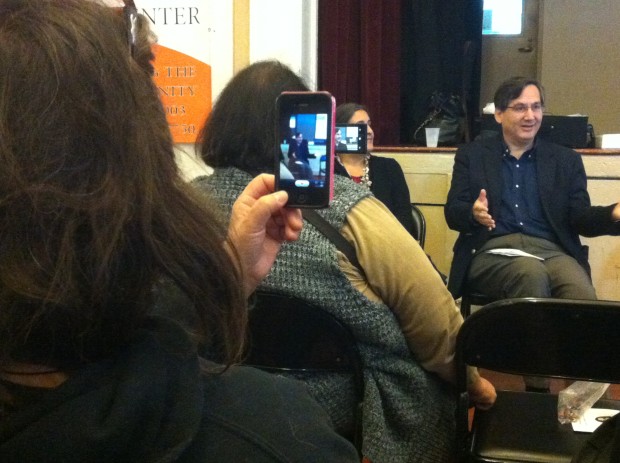 If San Francisco city planners had known more about the former thriving North Beach Latino neighborhood near Guadalupe Church, they would have done more to minimize the negative impact of the Broadway Tunnel, which ultimately displaced the community in the early 1950s.

Now, a team of scholars working with the San Francisco Latino Historical Society and San Francisco Heritage are in the midst of collecting the Latino and indigenous history in San Francisco through a project called Nuestra Historia. The group had its second public meeting on Saturday at the Mission Neighborhoods Center on Capp Street to record stories. It’s one of many ways the group is documenting Latino history.

Anne Cervantes, a local architect and businesswoman who formed the Latino Historical Society and was key in establishing Calle 24 as a special district, said a formal historic context statement will mean that, “we’re not treated as recent immigrants but [recognized for] the long history that we’ve contributed to the development of San Francisco.”

A historical context statement for the Mission District already exists, but Cervantes felt the documentation of Latinos and indigenous history was too “inadequate.” The proposed 200-page report will not only document shrinking Latino voices through photos, maps and illustrations, but will also give recommendations on how best to preserve the cultural and historical contributions of San Francisco’s Latino and indigenous communities.