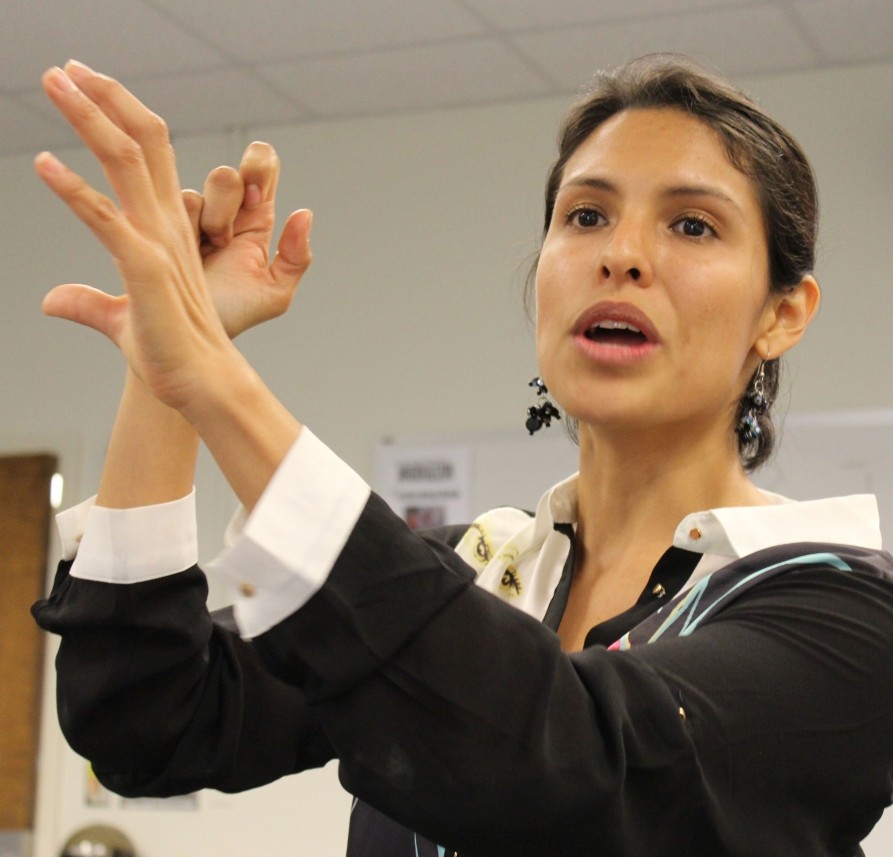 She loves history, she loves to read, she loves listening to stories and she loves telling stories. Thirty-three-year-old Carolina Quiroga Hurtado found these passions as a child, and because of her mother’s ability to tell humorous stories as a school teacher, she found her love of storytelling.

“It is very easy for me because I’ve been reading all my life and I’ve been retelling things all my life too,” Quiroga said. “I’ve been interested in storytelling because I just love stories. It’s not like I’m a gossip person but I do like to hear stories.”

A native of Cali, Valle del Cauca, Colombia, where she spent the first 30 years of her life, she came to the United States to become a professional storyteller. She chose to move to America and pursue a career in storytelling despite her family and friends thinking she was crazy for not sticking with her practical job as a graphic designer, which she already knew would offer a promotion in the near future.

By the age of 30, Quiroga had already worked as an industrial engineer, graphic designer and TV, radio and print journalist. Though she was successful, she was not happy.

“I heard once that whenever a woman turns 30, your life changes completely,” she said. “I thought it was a myth but it is true. I turned 30 and my life just went upside down and I started having these feelings that I needed to do something else with my life. I had accomplished everything that everybody wanted for a woman that was 30 years old.

“I had everything that you could wish for but I wasn’t happy because all this time I had been working in very practical stuff. I wasn’t really dealing with people the way I wanted. One day I just decided that I would save money and decide what to do later.”

Quiroga talked to a friend about how she wanted to radically change her life and said that she had decided to do so through meditation in Nepal. He told her that just going to meditate was a crazy idea. Instead, he told her that since she is a storyteller during her free time that she should pursue it professionally. Quiroga was skeptical of the idea but decided to browse the Internet for storytelling programs.

She came across the master’s in reading and storytelling program at East Tennessee State University and decided to apply. She arrived in January of 2012 to begin her master’s and will graduate in December.