Puerto Ricans in Connecticut Sound Off on Island’s Crisis 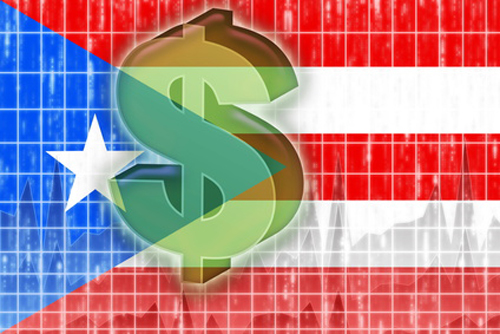 Across the state, Puerto Ricans are watching closely and some say with sadness and anger, at the state of financial peril in the Commonwealth of Puerto Rico. Repayment of its outstanding debt –$72 billion bond obligations–has created a dire financial crisis. The nature of the crisis is best described by the island’s governor, Alejandro García Padilla, who has warned Puerto Rico’s debt is “not payable.”
Attempts to cut expenditures and restructure the debt have resulted in high unemployment, increased taxes and waves of emigration.
Puerto Rican government officials have urged Congress to pass legislation that changes the U.S. law that bars Puerto Rico from filing Chapter 9 bankruptcy. Because it is not a U.S. state, Puerto Rico cannot seek protection under federal bankruptcy laws. Connecticut Sen. Richard Blumenthal and Sen. Charles Schumer of New York are reportedly ready to introduce a bill to allow Puerto Rico to seek Chapter 9 protections.

CTLatinoNews is asking Puerto Ricans in the state to sound off on the island’s crisis.

Ruben Acosta, Esq., Simsbury
My personal reaction is anger and sadness that the lives of many people have been negatively impacted by sheer mismanagement. Politics in the island is very intense and many times lacking in good intent towards the citizenry. Getting elected once more is the goal. Slanting the truth to fit one’s point of view. This crisis is a wake-up call to more transparent government operations. A call to fiscal austerity and to re-visit the statehood question. It is a call to re-examine the 1952 Commonwealth status decision in light of the hindrances it poses in view of the present dilemma.

The Puerto Rico debt crisis is a monumental financial challenge which has exposed the inefficiency of government insofar as the financing of its debt. To my knowledge, the $72 billion debt which is burdening the people of Puerto Rico is the result of deceitful and short-sighted short-term budget balancing measures implemented during the last 40 years. Recently, these practices have led various rating agencies to downgrade the bonds issued by the Government of Puerto Rico to a “non-investment grade,” a sudden reversal for municipal bonds that were looked at very favorably by a significant number of investors. These rating agencies have also dubbed Puerto Rico’s economy as “precarious, weak and fragile.” again something which complicates this difficult fiscal reality for the island. This adverse situation comes on top of a debt which consumes about 9% of the Gross Domestic Product, an amount in excess of $1.5 billion.

The above, along with other factors, such as the reduction of service, have caused economic depression and have accelerated the emigration of many Puerto Ricans to the mainland, including many young professionals and recent college graduates who do not see a promising future ahead for themselves. This exodus of young professionals comes on the throes of Puerto Rico’s continuing problems with a declining and aging population. For example, in 2012 and 2013, Puerto Rico’s population decreased by more than 1% due to falling birthrate and emigration. Given the fact that one of the alternatives Puerto Rico has to resolve the present fiscal dilemma is to increase revenues and spark economic growth, these statistics are not very encouraging.

The depression, which constitutes a significant incentive towards emigration, is further exacerbated by the restrictions imposed on Puerto Rico by the Merchant Marine Act of 1920 (Jones Act) which prevents foreign flagged ships from carrying cargo between two United States ports, also known as cabotage. To be sure, the cabotage not only increases the cost of common use goods and services for citizens of Puerto Rico, in addition said practices constitute a protective barrier which favors Mexican and Canada ports of origin and destinations at the expense of producers of goods in Puerto Rico. The latter once again impede the Puerto Rican Government from sparking economic growth and increasing revenues– two key elements in the Commonwealth’s effort to reduce or liquidate its increasing debt.

Another factor which is detrimental to Puerto Rico’s efforts to reduce or liquidate its debt has been the expiration of Section 936 federal tax exemptions which lured many U.S. companies into settling in Puerto Rico. Yet another disincentive to the island’s economic growth is the high cost of electric power, a barrier to economic expansion. Yet another is the complex jurisdictional and legal maze surrounding the relationship of the Commonwealth with U.S.mainland. This is a system which does not allow Puerto Rico, which is not a State of the Union, or a sovereign nation, the standing to seek protection under U.S. bankruptcy laws and stall the devastating crunch of high interest rates on its mounting debt.

Yanil Teron, Executive Director, Center for Latino Progress, Hartford
We have seen more people from the island coming for jobs. This will increase the demand for bilingual education access at all levels in the education system — meaning from children to adults…

Crowdfunder: Helping students weed out sweatshop conditions in farm fields attend 2015 Encuentro
Comment
Lack of education may be as deadly as smoking